Each year, our staff members vote on their favourite books of the year, and each year at this time, I panic because I have, yet again, failed to keep a reading diary to remind me of all the books I’ve ploughed through in the year – and given this year’s events, one can be forgiven from forgetting what was read when, how, or where (or, for that matter, for abandoning books halfway through for no good reason). Lots of people have reported reading more than ever during our various states of lockdown, others have found it too hard to read, but absolutely no one has read everything that they meant to (and if they say they have, they are either vastly exaggerating or severely lacking in aspiration).

Here is where our annual lists come in handy: they’ll remind you of things you didn’t get to, or that passed you by. Perhaps, for example, you missed Kate Grenville’s long-awaited novel A Room Made of Leaves in July, or some of the outstanding first novels from Australian authors, like Laura Jean McKay’s The Animals in That Country, Jessie Tu’s A Lonely Girl is a Dangerous Thing, Victoria Hannan’s Kokomo, or Pip Williams’s The Dictionary of Lost Words. Our colleague Sean O’Beirne’s universally acclaimed debut short-story collection, A Couple of Things Before the End, is so 2020 it’s not funny.

And then there are releases that are relatively new, but our staff have rated as among the best of the year, so don’t overlook them: Kate Mildenhall’s The Mother Fault, Steven Conte’s The Tolstoy Estate, Nardi Simpson’s Song of the Crocodile, or Andrew Pippos’s Lucky’s (which happens to be our Fiction Book of the Month for November: it feels to me like an instant Australian classic). It’s interesting to note that the majority of these Australian books are first or second works of fiction, which I think is testament to our staff’s commitment to reading and recommending emerging local voices.

Our international fiction picks also include a number of debuts and second novels, including: the Booker-shortlisted gem by Douglas Stuart, Shuggie Bain; Amina Cain’s elegant examination of creativity, Indelicacy; Brit Bennett’s multigenerational historical novel, The Vanishing Half; C Pam Zhang’s reworking of the American Western, How Much of These Hills is Gold; Susanna Clarke’s literary fantasy, Piranesi; and Megha Majumdar’s vivid thriller set in Kolkata, A Burning.

Rounding out the list are the Women’s Prize winner for 2020, Maggie O’Farrell’s novel of Shakespeare, Hamnet; Sigrid Nunez’s unsentimental take on life, death, and everything in-between, What Are You Going Through; Jenny Offill’s incomparable contribution to cli-fi, Weather; and Andrew O’Hagan’s gorgeous celebration of friendship, Mayflies. We also have lists of the best non-fiction, crime, and cookbooks, but as usual, I’m running out of room already, and I haven’t even started in on the November releases!

Click here for the full lists, including our children’s, YA and music picks.

This month’s column should really be read in conjunction with the annual Summer Reading Guide; so many of the season’s big releases appear there, but a few are reviewed here as well, including the new novels by Sofie Laguna and Ceridwen Dovey. We also recommend new international fiction from Raven Leilani, Don DeLillo, Rumaan Alam, Bryan Washington, Nicole Krauss, Kikuko Tsumura, and Linn Ullmann. Look out, too, for the collected stories of Shirley Hazzard, a new collection of poetry from Margaret Atwood, and novels from Jonathan Coe, Phil Klay, and Bernhard Schlink, plus a lovely hardback gift edition of Amor Towles’s bestselling A Gentleman in Moscow. For the person who won’t read anything until Sally Rooney’s next book, perhaps the scripts of the TV adaptation of Normal People might temporarily suffice.

I love the story our reviewer tells of her first encounter with the historical figure of Gough Whitlam in her review of our Nonfiction Book of the Month, Jenny Hocking’s The Palace Letters. Don’t miss the new books from the three local legends who are Helen Garner, Barry Jones, and Don Watson (you know at least one person who needs that exact trio of books for Christmas). Our reviewers also recommend Christie Tate’s Group and Louise Milligan’s Witness.

One of the biggest books of the season and indeed the entire year is the first volume of Barack Obama’s anticipated presidential memoirs, A Promised Land. Obama is a wonderful writer, and the extract published in the New Yorker recently makes clear this book is not to be missed. We also have a handsome hardback edition of Stephen Fry’s Troy selling at the paperback price, and I can’t help pointing out two cat-related books (and I’m not even a cat person): John Gray’s Feline Philosophy, and Japanese cat doctor Yuki Hattori’s What Cats Want.

And finally, dear reader, another of the best books of 2020 is the winner of The Readings Prize for New Australian Fiction: Elizabeth Tan’s short story collection, Smart Ovens for Lonely People. It was an extremely strong field in contention this year, and the judging panel had a difficult task to choose a shortlist, let alone a winner, but Ovens retained its status as an early favourite. Congratulations, Elizabeth!

You can download a PDF of the November edition of the Readings Monthly here. 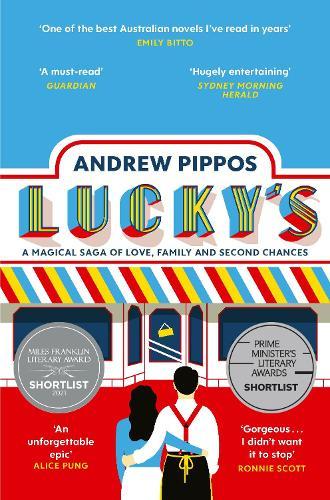