From the winner of the inaugural Prime Minister’s Literary Award.
In the first year of the doomed German invasion of Russia in WWII, a German military doctor, Paul Bauer, is assigned to establish a field hospital at Yasnaya Polyana - the former grand estate of Count Leo Tolstoy, the author of the classic War and Peace.  There he encounters a hostile aristocratic Russian woman, Katerina Trusbetzkaya, a writer who has been left in charge of the estate.  But even as a tentative friendship develops between them, Bauer’s hostile and arrogant commanding officer, Julius Metz, starts becoming steadily more preoccupied and unhinged as the war turns against the Germans.  Over the course of six weeks, in the terrible winter of 1941, everything starts to unravel…
From the critically acclaimed and award-winning author, Steven Conte, The Tolstoy Estate is ambitious, accomplished and astonishingly good: an engrossing, intense and compelling exploration of the horror and brutality of conflict, and the moral, emotional, physical and intellectual limits that people reach in war time. It is also a poignant, bittersweet love story - and, most movingly, a novel that explores the notion that literature can still be a potent force for good in our world.

It’s 1941, in the depths of the Russian winter, and the beginning of the end of the German advance on Russia. A German medical unit stumbles through the gates of Yasnaya Polyana, Tolstoy’s country estate, twelve kilometres from the front at Tula. They have come to set up a field hospital. The estate is inhabited by its director, Katerina Trusbetzkaya, and her small staff. Trusbetzkaya is incensed, not cowed, by the German presence that is violating one of Russia’s national shrines. She believes that, like the French 140 years ago, it is only a matter of time before the Germans will be driven out of Russia.

Surgeon Paul Bauer has a smattering of Russian and is delegated by Metz, his commanding officer, to act as liaison between the Germans and Trusbetzkaya. In Tolstoy’s library, he discovers a German translation of War and Peace and begins a reading that mirrors the world outside. Bauer is a reluctant participant in the war; he’s a humanist, an intellectual and a supremely competent surgeon. He is fascinated by Tolstoy and by Trusbetzkaya, who is also the author of two novels written in the heady days of the early Soviet Union. So begins an unlikely relationship between the fiery Soviet and the German doctor.

The rest of the German corps are all affected in one way or another by the enormity of the estate and Tolstoy’s legacy. Even Metz, while experimenting with drugs, becomes obsessed with Tolstoy. In the background, the hospital receives a never-ending procession of wounded and dying soldiers. Steven Conte’s descriptions of clinical procedures is fascinating, and he masterfully evokes the extra impact of the bitter cold, a quiet enemy driving the Germans to defeat.

Conte won the inaugural Prime Minister’s Literary Award with his novel The Zookeeper’s War in 2008. This new, big, ambitious novel is a major achievement. It deserves many readers as it will give them great pleasure.

END_OF_DOCUMENT_TOKEN_TO_BE_REPLACED 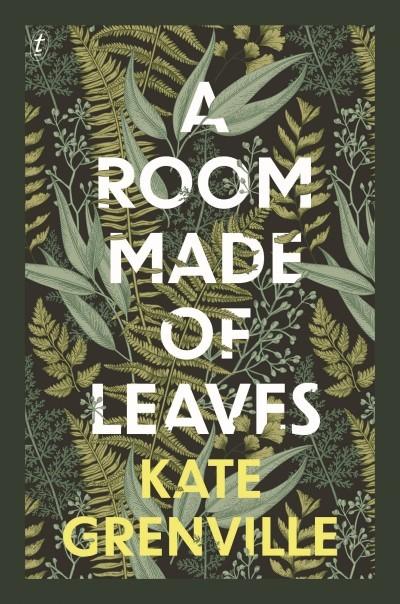