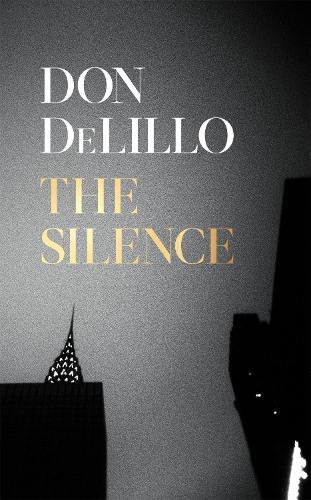 It is Super Bowl Sunday in the year 2022. Five people are due to have dinner in an apartment on the east side of Manhattan. The hosts are a retired physics professor and her husband; they are joined by one of her former students and await the arrival of another couple, delayed by what becomes a dramatic flight from Paris.

In the apartment, talk ranges widely. The opening kickoff is one commercial away. Then something happens and the digital connections that have transformed our lives are severed.

What follows is a dazzling and profoundly moving conversation about what makes us human. Never has the art of fiction been such an immediate guide to our navigation of a bewildering world. Never have DeLillo’s prescience, imagination and language been more illuminating and essential.

On an aeroplane a man recites flight data to his partner, half listening and writing in her notebook in the adjacent seat. Their conversation, spanning several pages, has somewhat of a stilted back and forth, as they each regard each other. They’re on their way to New York, to watch the Super Bowl with two friends, another couple: Max and Dianne. They are in their apartment waiting for their friends’ arrival, along with Dianne’s former student from when she was a physics professor. It’s a vocation, she says to herself, that she abandoned too early.

The couple in the plane, Jim and Tessa, do arrive at the apartment eventually, but only after the plane crashes and all electronic devices, at least in America, have ceased to work. This is Don DeLillo’s incredibly short 19th novel, and something of a culmination of his work to date. Football, crowds, mass hysteria, and the imminent disaster American life seems to be hurtling towards, are all touched upon. Dianne’s former student talks at length about Albert Einstein’s marginalia. Max works as an insurance-claims adjuster. As they’re bussed through the city to a clinic, after the plane crash, Jim says to Tessa, ‘All we need is rain and we’d know we were characters in a movie.’

By now all of this is well-covered ground, but it’s not really DeLillo’s fault that his previous novels’ proclamations of everyday terrorism and a deep-seeded paranoia came true. By the end of The Silence, the characters all sit in a freezing cold apartment with no electricity, gathered reverently around a large blank TV-screen that will probably never come back on, each talking in short monologues without really listening to any of the others. It gives a fitting end to a disaster novel in which no-one heeded any warnings.