It occurs to me that our two books of the month, Meg Mundell’s The Trespassers and Bruce Pascoe’s Salt, encapsulate this moment in time in the sense that they each demonstrate key concerns of both Australian independent publishing and the culture at large. The former is a genre-defying allegorical novel about climate crisis and refugees that holds a mirror to our darkening age; the latter is a genre-defying collection showcasing the brilliant career of one of the nation’s most respected writers, which comes at a time when Indigenous writing and thinking is becoming a newly acknowledged force in Australian (literary) culture. Simply put, these are two books not to be missed.

Meanwhile, two Australian debuts – Elizabeth Bryer’s From Here On, Monsters, and Lauren Aimee Curtis’s Dolores – have our reviewers swooning. Our staff also recommends the new work from SWEATSHOP writers collective member Peter Polites, and Miles Franklin shortlistee Philip Salom. Yoko Ogawa and Téa Obreht have many admirers at Readings, so advance copies of their new books have been in high demand in the tea room. Irish writing is having a huge moment here and internationally, and Oisín Fagan is another author to put on your radar; his second novel, Nobber, sounds wild in the best sort of way. Novels from Sarah Elaine Smith, Karl Marlantes, Kevin Barry, Edoardo Albinati, Alvydas Šlepikas, and Duanwad Pimwana also have me intrigued.

Major nonfiction releases this month include memoirs from Jack Charles, Dennis Altman, Jane Sullivan, Chris Fleming, Tessa McWatt, and Tim Costello, while Long Litt Woon’s memoir of mushrooms and mourning sounds unlike any other book there is. David Leser tackles the difficult subject of male-female relations in the wake of #MeToo in Women, Men, and the Whole Damn Thing. Adele Ferguson gives her take on the banking royal commission in Banking Bad. Two more collections of essays – Growing Up Queer in Australia and Arab, Australian, Other – collate essential perspectives on identity politics. Four other nonfiction releases have caught my eye: Karen Olsson’s The Weil Conjectures, Aaron Bastani’s Fully Automated Luxury Communism, Lewis Hyde’s A Primer for Forgetting, and Darcey Steinke’s Flash Count Diary, as does the major monograph from Bill Henson. I’m not exaggerating when I say I have literally been waiting twenty years for Jamie Oliver to write a vegetarian cookbook: Jamie has rewarded my extreme display of patience with Veg, due out mid-month.

And finally, dear reader, I offer huge felicitations to our marketing manager, Nina Kenwood, on the publication of her brilliant debut novel, It Sounded Better In My Head. If you’re like me, and almost never read YA books, please make an exception for this book, not because Nina is part of the Readings family (though admittedly, that is a pretty good reason), but because it is an outstanding book that captures perfectly the liminal moment at the end of high school before ‘real life’ begins – in my opinion, it’s the younger, funnier cousin of Sally Rooney’s Normal People, and I think Nina is about to become quite famous. 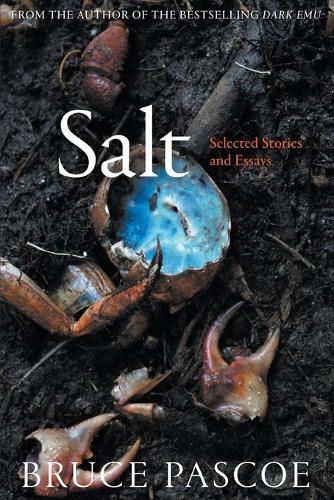