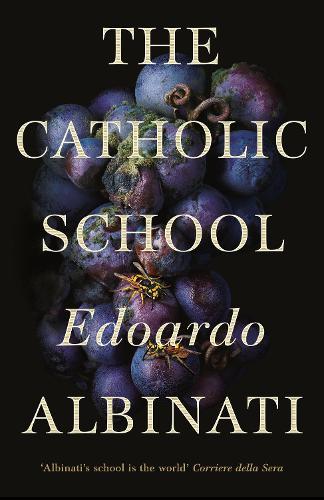 Edoardo Albinati’s The Catholic School creates a world: a world of power, sex, violence and the threat of masculinity, of the power wielded and misused by men in groups.
In 1975, three young well-off men, former students at Rome’s prestigious all-boys Catholic high school San Leone Magno, brutally torture, rape, and murder two young women. The event, which comes to be known as the Circeo massacre, shocks and captivates all of Italy, exposing the violence and dark underbelly of the upper middle class at a moment when the traditional structures of family and religion are under threat.
Edoardo Albinati sets his novel in the halls and corridors of San Leone Magno in the late 1960s and the 1970s, exploring the intersection between the world of teenage boys and the structures of power in modern Italy. Along with indelible portraits of teachers and pupils - the charming Arbus, the literature teacher Cosmos, and his only Fascist friend, Max - Albinati’s novel also reflects on the legacy of abuse, the Italian bourgeoisie, and the relationship between sex, violence, and masculinity.
$32.99Add to basket ›