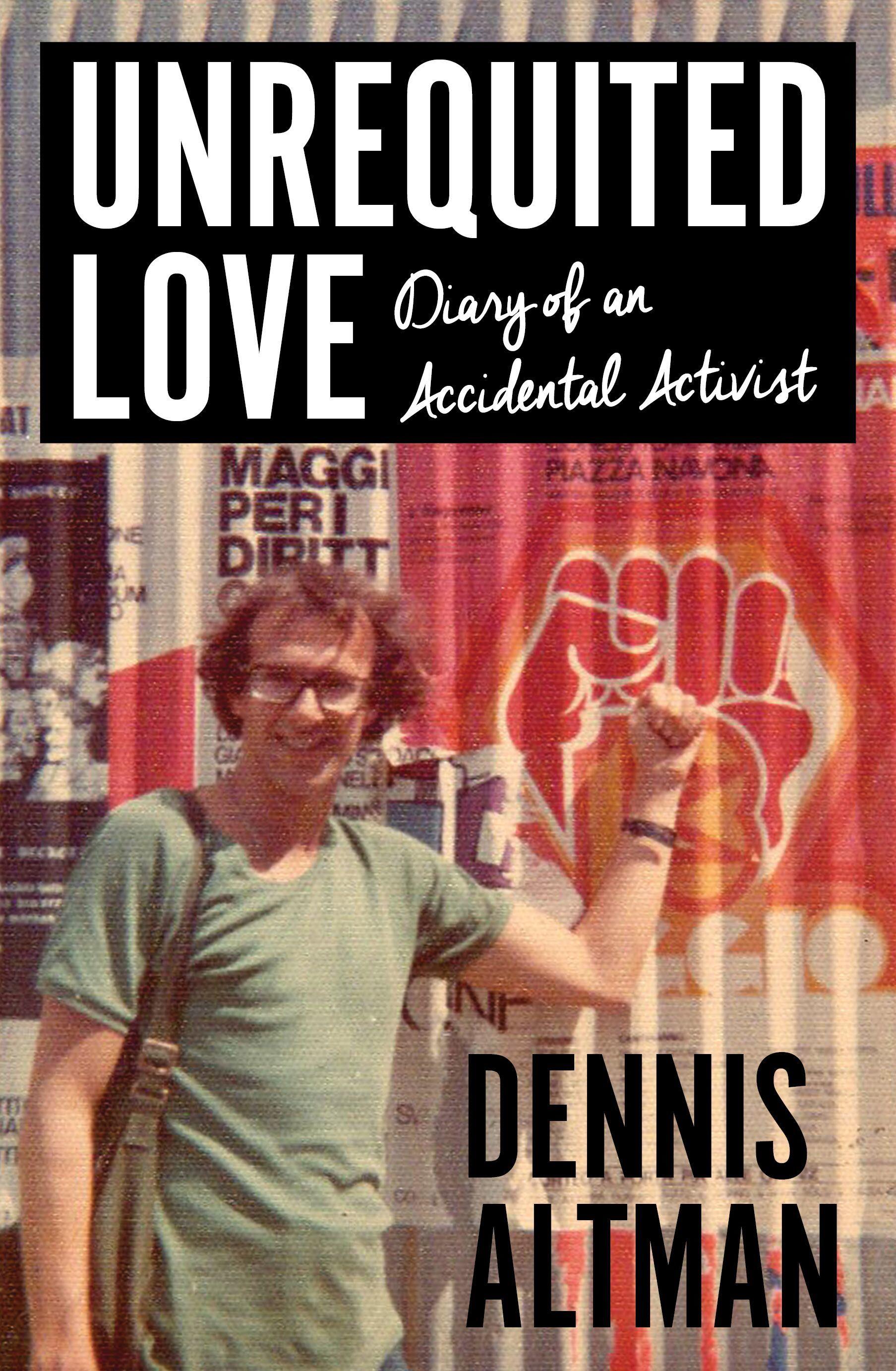 ‘Harvey was shot, along with Mayor George Moscone, in 1978, and San Francisco and much of the Castro feels as if not much has changed since he worked the streets to build a gay political machine. Where his camera shop stood there is now a manicure salon, next to the storefront of the Human Rights Campaign Fund, so that if one skews one’s view it becomes possible to read their adjoining signs as: “Hand Jobs are a Human Right”, as indeed they are.’
Dennis Altman first travelled from Australia to the United States when Lyndon Johnson was President, beginning a long obsession with the US. In the early 1970s he was involved in New York Gay Liberation; his 1971 study Homosexual: Oppression and Liberation, is widely regarded as a classic work in its field. In the 1980s Altman lived in San Francisco during the onset of the AIDS epidemic. Later he sat on the Australian National Council on AIDS and international organisations including, as president, the AIDS Society of Asia and the Pacific.
The election of Donald Trump took place while Altman was back in California on one of his frequent visits. In this diarised memoir, moving between Australia, the United States, Europe and parts of Asia, Gore Vidal, James Baldwin, Susan Sontag, Christopher Isherwood and many others people a story of a half century of activism, intellectualism, friendship and conflict.

Dennis Altman is a close friend of mine, but I needed to read Unrequited Love to discover the richness of his life. His work in gay politics has taken him across the globe – and still does. (The unrequited love of the title refers to his long romance with the US.) He has friends everywhere, including France, Croatia, the US, and Ecuador. He’s spent time with the likes of Susan Sontag, James Baldwin, Kate Millett, Edmund White, Julia Gillard, Neil Blewett, Gore Vidal, Christopher Isherwood; he’s shared a lift with Jackie O and sun-bathed with Joni Mitchell. Dennis Altman relates all these encounters with sharp insight and at times a laugh-aloud humour – familiar to those who have read his many books.

The structure of Unrequited Love is inspired. Altman tracks his life – international and local academic meetings, operas seen, people met – from late 2016 to January 2019. The current events trigger pivotal events from the past: the son of central European Jews growing up in Tasmania, the move to New York in his twenties, involvement in gay politics, the enduring influence of the AIDS epidemic, meeting his partner Anthony, and dealing with Anthony’s death twenty years later, marriage equality, and so much more. This is an idiosyncratic and generous memoir – I couldn’t put it down.

Andrea Goldsmith is a friend of Readings.