Here are our 25 bestselling DVDs from the past year.

Crime and politics dominate our top sellers with every currently available season of The Bridge, House of Cards (both the US and UK versions) and Borgen all listed below. Three new crime shows have also proved popular: The Fall which stars Gillian Anderson of The X-Files fame, Morden: The Fjällbacka Murders which is based the books of Swedish crime writer Camilla Läckberg and True Detective which was one of the most talked about TV-shows of 2014.

Of the following DVDs listed:

After the disaster of WW2, a wave of Italian immigrants found their way to Melbourne – a strange place, suspicious of outsiders and completely devoid of a good cup of espresso. In Lygon Street - Si Parla Italiano, documentarians Shannon Swan and Angelo Pricolo tell the history of this famous cultural epicentre.

Our managing director Mark Rubbo says, ‘ Lygon Street - Si Parla Italiano is a delightful homage to the Italians who helped to change the way Australians thought about food, and about the way they lived.’ 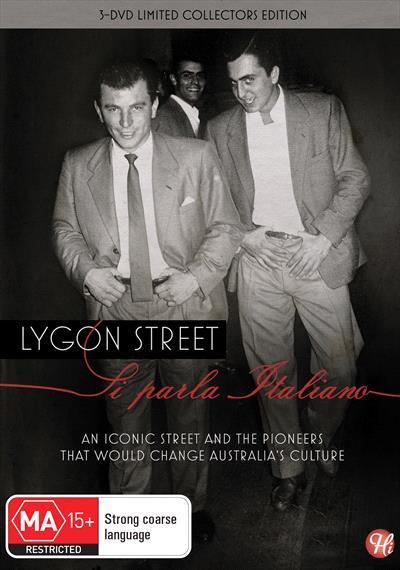