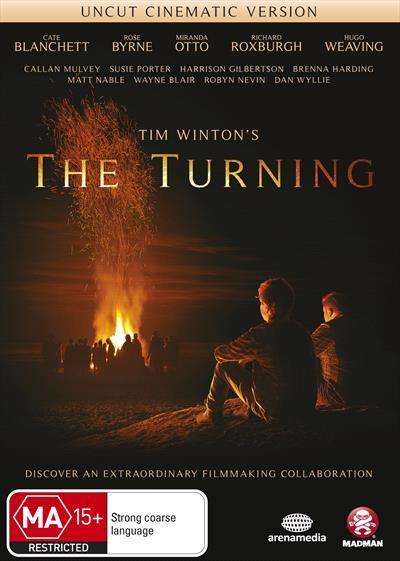 Settle in ladies and gentlemen, settle in; this could take some time. So much time, in fact, that when this film was screened in local cinemas, an interval was programmed. There is certainly a lot of ground to cover in The Turning, with 17 directors each taking a chapter of Tim Winton’s haunting novel.

There is no doubt that this is a passion project of the very extraordinary director and producer Robert Connolly. Connolly has said he wants the film to feel like a group exhibition, with the linking and overlapping of stories exploring the ‘turning’ points in ordinary people’s lives. To that end, he secured quite a roll call of notable Australian directors, including Warwick Thornton (Samson and Delilah), Tony Ayres (The Slap), Claire McCarthy (The Waiting City) and Justin Kurzel (Snowtown). Two high-profile actors, Mia Wasikowska and David Wenham, make impressive directorial debuts. Connolly also secured some remarkable stars, including Cate Blanchett, Hugo Weaving, Miranda Otto and Richard Roxburgh.

It’s fair to say there are not many laugh-out-loud moments here, but we know that already from reading the book. The Turning is, after all, filled with ‘Winton’ characters and themes – surfers, drunks, beaten women, working-class angst, the trivial moments that make a lifetime of circumstances – offering another means of looking at Australian culture; here is a film that doesn’t ignore Australia’s origins, and indeed, the effect of white people settling in remote areas. The Turning is noted as ‘unapologetically’ Australian. That’s true, but gathering the joy of this epic production, I would consider it a celebration of many, many great Australian artists: directors, dancers, actors and, of course, the storytellers.

Chris Gordon is the Events Manager for Readings and is a committee member of The Stella Prize.

Discover an extraordinary filmmaking collaboration in Tim Winton's The Turning. Eighteen talented Australian directors from diverse artistic disciplines each create a chapter of the hauntingly beautiful novel by multi...

Discover an extraordinary filmmaking collaboration in Tim Winton's The Turning. Eighteen talented Australian directors from diverse artistic disciplines each create a chapter of the hauntingly beautiful novel by multi...