You can find more idea for translated novels published in 2013 here..

Read a book by a female author (Australian or other!)

While the Australian Women Writers Challenge was kicked off a few years ago now, Jon Page’s recent blog post about ‘how he completely failed the challenge’ reveals that this challenge still had an important role to play. For ideas on where to start, here’s a collection of 50 great reads by Australian women, all released in 2013.

If you’re wanting to look outside of Australia, some of the most talked-about books from 2013 were from women – Eleanor Catton’s The Luminaries, A.M. Homes' May We be Forgiven and Rachel Kushner’s The Flamethrowers to name a few!

While many of these titles were banned in our history and are now widely accepted, the ban on some titles is surprisingly recent. For example, Bret Easton Ellis' American Psycho is still technically banned from being sold in Queensland!

Depending on what your regular reading diet it like, you could test out a crime or thriller (such as Koethi Zan’s reportedly terrifying The Never List , a graphic novel or comic (such as Gilbert Hernandez’s coming-of-age story Marble Season), or a fantasy such as Neil Gaiman’s strange and lyrical The Ocean at the End of the Lane.

Put a homegrown spin on the usual ‘read-a-classic’ challenge, and read a classic from an Australian author.

For this challenge there’s plenty of places to start looking. The wonderful Text Classics series is designed to unearth some of the lost marvels of Australia literature, and is full of exciting books that have slipped under the radar (including Gerald Murnane’s A Lifetime on Clouds), while Penguin has some gorgeous collections of Australian Classics for both adults (including Ruth Park’s The Harp in the South) and children (including Joan Lindsay’s Picnic at Hanging Rock).

Read a book by a début author

Sometimes it can be challenging to trust a new author, but pushing yourself to do so can lead to some most excellent discoveries. Plus, there’s a particular thrill in being able to follow a writer’s career (just as there is a different, if equally exciting, delight to be found in delving into an author’s entire backlist).

For some inspiration to get you started, here’s a collection of début novels we loved in 2013 which take us from Melbourne, Australia (Graeme Simsion’s The Rosie Project), to Iceland (Hannah Kent’s Burial Rites), to Africa (NoViolet Bulawayo’s We Need New Names), to Ireland (Michele Forbes’s Ghost Moth), to Singapore (Kevin Kwan’s Crazy Rich Asians), and more.

Reread a children’s book you loved

This kind of challenge proves that you can never read the same book twice. Picking up a book you favoured as a child as an adult there’s no doubt the story will reveal itself to you in a new way, and the risk is always that this beloved tale won’t stand the test of time.

Each month a Readings staff member reviews a children’s classic and the last few months have seen Boy: Tales of Childhood by Roald Dahl, Mrs Frisby and the Rats of Nimh by Robert C. O'Brien and Harriet the Spy by Louise Fitzhugh appear.

You can find more of our staff favourites here. 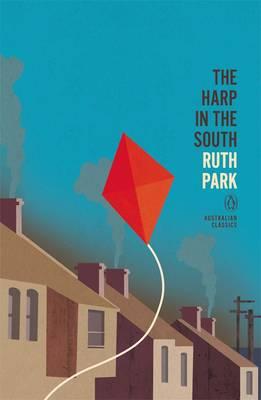 The Harp in the South: Penguin Australian Classics