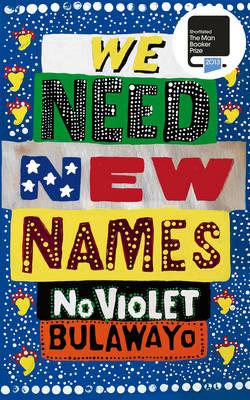 ‘To play the country-game, we have to choose a country. Everybody wants to be the U.S.A. and Britain and Canada and Australia and Switzerland and them. Nobody wants to be rags of countries like Congo, like Somalia, like Iraq, like Sudan, like Haiti, and not even this one we live in - who wants to be a terrible place of hunger and things falling apart?’
Darling and her friends live in a shanty called Paradise, which of course is no such thing. It isn’t all bad, though. There’s mischief and adventure, games of finding bin Laden, stealing guavas, singing Lady Gaga at the tops of their voices.
They dream of the paradises of America, Dubai, Europe, where Madonna and Barack Obama and David Beckham live. For Darling, that dream will come true.
But, like the thousands of people all over the world trying to forge new lives far from home, Darling finds this new paradise brings its own set of challenges - for her and also for those she’s left behind.
$29.99Add to basket ›

END_OF_DOCUMENT_TOKEN_TO_BE_REPLACED

A Tale for the Time Being

This is the simple story of a girl, her great-grandmother & the novelist who becomes enthralled with their tale. A simple story drawing from the deep currents of our times, from quantum physics, Japanese ghost tales, suicide...

Fifteen-year-old Marnie and her little sister Nelly have just finished burying their parents in the back garden. Only Marnie and Nelly know how they got there. Lennie, the old guy next door, has taken a sudden interest in his...

Darling and her friends live in a shanty called Paradise, which of course is no such thing. It isn't all bad, though. They dream of the paradises of America, Dubai, Europe, where Madonna and Barack Obama and David Beckham live....