February is already a tremendous month. On the fiction front James Bradley returns after a lengthy spell between books with a wonderful novel entitled Clade. As many of you may know, James is a regular book reviewer, so when I caught him a few weeks ago describing a book under review as ‘thrillingly taut and idea-rich’, I couldn’t help but feel he had involuntarily penned a brilliant encapsulation of his own new book. If you are ever stricken with the feeling that the world’s hell-bent on its own destruction, this book will speak strongly to you. And equally it’s a profoundly moving story of what human qualities might sustain us through the time that is bound to come, sooner than we might care to think. A beautifully calibrated piece of writing, it’s a tremendous start to the year for Australian literature.

The book that will no doubt cause the greatest excitement internationally is Miranda July’s debut novel The First Bad Man. With her first book No One Belongs Here More than You – which won the Frank O’Connor International Short Story Award – July became one of the world’s hottest fictional properties, and this book, with glowing endorsements already from the likes of A.M. Homes, Andrew Solomon and Lena Dunham, feels like it’s 2015’s first essential fiction read.

Fans of Anne Tyler and Andrew O’Hagan will also be well-pleased with their new novels: A Spool of Blue Thread and The Illuminations respectively. And we have several other significant Australian titles too: Medea’s Curse, the debut crime novel from Anne Buist (Chair of Women’s Mental Health at the University of Melbourne, and also as it happens Graeme Simsion’s partner: there must be something in their morning porridge!); the screenwriter Debra Oswald’s (creator of Offspring) Useful, which Geraldine Brooks describes as ‘more than useful, it’s absolutely essential’; and a sequel to Richmond local Peter Twohig’s much-loved novel The Cartographer, namely The Torch.

In non-fiction the far and away stand-out is celebrated historian David Day’s biography of Paul Keating: The Story of a Prime Minister. Keating still appears unwilling to pen his own memoirs, so Day has set himself the task of giving Keating the biography he surely deserves, with extensive archival research and interviews with colleagues and associates. As an aside, The Book of Paul: The Wit and Wisdom of Paul Keating was placed at an incredible 17th in our bestselling books list of 2014 – political nostalgia feels like it has never been higher in contemporary Australia! I wonder why…

Meanwhile a topic doubtless close to Keating’s heart is addressed in Megan Davis and George Williams’s Everything You Need To Know About the Referendum To Recognise Indigenous Australians; the bestselling Norman ‘Neuroplasticity’ Doidge has a sequel to The Brain that Changes Itself entitled The Brain’s Way of Healing; while Samantha Trenoweth edits a collection of essays concerning that scourge of our society – violence against women – in Fury: Women Write About Sex, Power and Violence. Another (sadly) important book this month is the Guantanamo Diary of Mohamedou Ould Slahi, who has been imprisoned without charge since 2002 at the notorious facility.

I’ll close this section with mention of two happier books: former chef and food critic, now Tasmanian smallholder, Matthew Evans with a cookbook dedicated to sustainable seafood: The Gourmet Farmer Goes Fishing; and the little-known fact that the American actor David Duchovny actually has an MA degree in English Literature from Yale, and was heading for a PhD – which may well have rubbed off on his debut novel Holy Cow. On all accounts it’s a charming fable about ‘a conflicted cow, a Jewish pig and a debonair turkey seeking acceptance and enlightenment during a journey across the Middle East’. 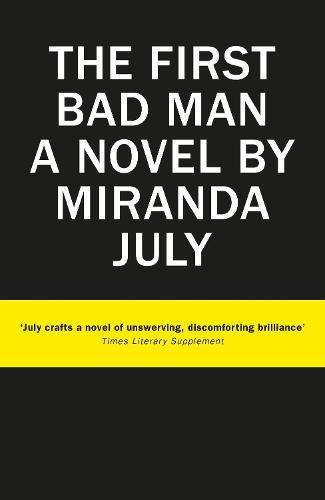