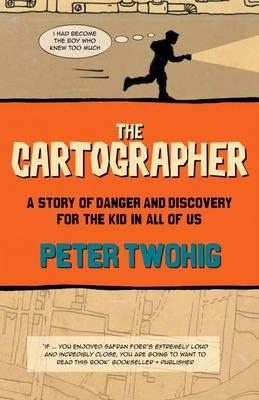 An amazingly bold, inventive and enchanting debut. Set in the 1950s, a 10-year-old boy witnesses a murder when he is spying through a window of a strange house. In the following weeks he comes to map out all the significant adventures he has in the labyrinthine city trying to make sure he doesn’t cross the path of the murderer, who he believes wishes to silence and dispose of him. Comics and superheroes inform his strategies for avoiding the bogeyman, and remembering his twin brother, tom, who recently died in a tragic accident. tHE CARtOGRAPHER is a touching novel for readers captivated by the stories of Jonathan Safran Foer, Mark Haddon, Craig Silvey, and Markus Zusak.