My brother Luke says this thing: ‘It’s not the destination. It isn’t even the journey. It’s the company.’ Antoni Jach’s novel Travelling Companions, which presents a particularly untroubled dream-vision of pre- pandemic European travel, bears this out. While it is full of detail about the places visited (Barcelona – Paris – Venice – Pompeii), companionship is its real theme. Our nameless Australian narrator quickly bumps into the international cast of characters who will be travelling alongside and criss-crossing his own train journeys from Barcelona to Pompeii. Throughout the book, they are forever parting and making plans to meet again in various combinations in the next city, or the next, at such and such a landmark on such and such a date at such and such a time. Travelling Companions evokes the floating world of travel: chance meetings, easy flirting, happenstance friendships.

Viewed from the clenched, chaotic terrain of our locked-down present, the physical and cultural landscape these pleasant companions travel through is a smooth one: charmed and literate, cultivated and calm. When not engaged in conversation with his companions, the narrator has his nose in The Decameron, Bocaccio’s 14th-century tale of the group of youths who escape the plague city of Florence and pass their time in the country telling stories to one another. When the narrator looks up from his book, he listens to Nina the Florentine entrance the company with her fables, while Europe slides past the train windows. This book is as diverting and evanescent as that. 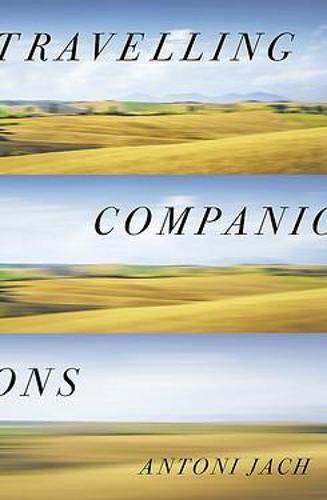