Men in My Situation by Per Petterson & Ingvild Burkey (trans.)

Men in My Situation paints a portrait of the effects of grief upon a fragile psyche, and as you are already guessing, the results ain’t pretty. Our first-person narrator, Arvid, lives in Oslo and his life has come undone with two shattering incidents: a ferry accident in which members of his family have died, and the subsequent implosion of his marriage. He describes his attempts to keep in touch with his three young daughters, but as they spend less and less time with him, we realise that the gap between the life he is describing and its actuality is getting wider and wider.

We spend a lot of time on the streets of Oslo and on the roads leading in and out of the city – Arvid has a mania for describing landmarks, directions, the relationships between suburbs and towns. He is a writer, a quite well-known one (the similarities of his life circumstances to Petterson’s have been noted), and this becomes a repeated gag in the book, whereby various people he meets have read his books but are circumspect in giving their opinions of them.

As well as being physically located, the character culturally situates himself with references to plays and novels and films and music: Strindberg and Berger and Bergman and the Beatles. But though Arvid insists on his location by means of architecture and art, he is a nowhere man. His grief has plunged him into a solipsistic hellhole. Most of this book is less of a narrative and more the description of the concentric ripples on the surface of a life when a person falls through to the underneath. The last part of the book, however, (and thankfully so if the book is indeed based on Petterson’s life) allows some years to elapse and Arvid the chance to connect again with a world outside himself. 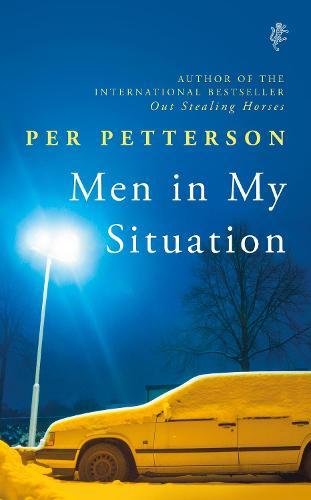