Lilly and Her Slave by Hans Fallada & Alexandra Roesch (trans.)

‘Hans Fallada’ is the nom de plume of Rudolf Ditzen (1893–1947), a German writer who chronicled desperate lives between the wars. His best-known novel, Alone in Berlin, published weeks after his death, fictionalises the real-life story of an older couple who distributed anti-Nazi postcards around Berlin until they were arrested, tortured and executed.

Ditzen’s morphine addiction, alcoholism and stints in prisons and psychiatric hospitals were contributing factors to much of his prior work being lost or neglected, but the 21st century has seen a rediscovery and translation of his back catalogue. In 1925 Ditzen turned himself over to the police for stealing from his employers in order to finance his morphine and alcohol requirements. This collection of shorter and longer pieces, published only now as Lilly and Her Slave, was submitted to the court doctor in order to assess how accountable he was for his actions. If I’d been that doctor, I reckon I would have informed the court that the man in the dock before them was a haunted, troubled writer with a talent for observations from the gutter, and a tendency to cast women in the femme fatale role.

The pieces range from satire – ‘Pogg, the Coward’ stars a man bloated with self-importance – to the pointedly titled polemic ‘Who Can Be the Judge?’, but mostly these stories are investigations of fallible, broken people and their doomed relationships. Ditzen/Fallada is fascinated by the ambivalence and the loathing that can drive love. In the most effective and affecting tale in the collection, ‘The Machinery of Love’, he paints the troubling portrait of a woman whose childhood trauma plays out in perverse ways through her marriage and affairs. ‘Which life is without lies?’ she asks at the beginning of the tale, the question at the core of all these stories. 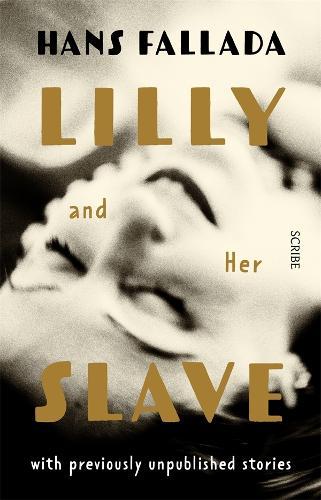