The Devil and the Dark Water by Stuart Turton

Over My Dead Body by Dave Warner

After a near-tragedy as a girl, Georgette Watson found reason to study the effects of freezing on the human body. As an adult and now cryogenicist, she freelances for the NYPD, who are searching for a killer who seemingly slaughters at random. They need help – and it’s about to arrive in a very unexpected, long-dormant form: Sherlock Holmes and Watson are about to take the case. Dave Warner has taken a sharp but welcome about-turn with this entertaining addition to a genre I could peruse endlessly.

On a dusty afternoon in 1927, a small and cheerful friar turns up at the door of Halfwell Station. He’s there for refreshments and the polite but strained company of the station master and his wife. After he leaves, he is approached by the couple’s adopted daughter, who leads him through the sparse landscape to show him the dead body she’s found – a body that has now disappeared. Alexander Thorpe’s tale of Australia from nearly a hundred years ago rings with truth in this cosy, historical outback crime book.

After the hectic events of Scrublands and Silver, life will surely be mellow now for journo Martin Scarsden and his partner Mandalay Blonde, right? Well, sure – until Martin hears a voicemail from Mandy that chills him to the core. She’s been abducted, and he needs to head to Sydney to find her. Mandy’s past has been buried deep these past few books, but now is the time to find out why she’s so secretive, and, along the way, Sydney’s darkest heart will be exposed. Another romping doorstop of a book to scare us right back into our houses.

The Glass Kingdom by Lawrence Osborne

Sarah Mullins is on the run from New York, and Thailand is the place where she’s sure she can lose herself with her spoils while she figures out what happens next. In a once-glorious apartment building called The Kingdom, she finds a heady new existence with some equally untrustworthy new acquaintances. They are well away from the political upheaval of the real world outside its walls – until people start to disappear, and the perfect glass exterior starts to crack. Recommended by none other than multi-Booker-Prize-winning Hilary Mantel, this atmospheric thriller is one to look out for.

The Survivors by Jane Harper

Jane Harper’s rise to Australian literary fame has been stratospheric, and now with this, her standalone fourth book, she propels her readers below the surface: into the coastline caves and shipwrecks of Tasmania’s Evelyn Bay. Years ago, in a terrible storm, one person died and another vanished. Kieran Elliott still holds himself responsible for all of it. He’s back in town with his baby daughter and partner, remembering now that many others hold him responsible, too. When a dead body is found on the beach, the town finds itself awash with fresh anguish – and questions that need answers. Another simmering small-town mystery from a master of the genre.

It’s a bitterly cold day when Cambridge professor Fiona Grey arrives on an island in Orkney, ten miles off Scotland’s north coast. She’s there for Madison Kowalczyk, an old friend working on an archaeological dig who’s asked for her assistance. But Fiona’s not sure what help she’s supposed to give – and when Madison doesn’t arrive to help her on her way, going at all seems like a bad idea. Now, Madison isn’t even at her lodgings, and the others on the dig are flippant about her disappearance. But what really happened to Madison? A suspenseful psychological thriller that will freeze you to the bone.

One White Lie by Leah Konen

After fleeing an abusive relationship, Lucy finds solace in Woodstock, where life seems like it might turn out all right. The community is kind, and her neighbours are the delightful John and Vera, who make her feel at home. But Lucy’s not the only one with a past to hide from, and when John and Vera hatch an overzealous plan that will help all of them, it seems like a solution. All she has to say is one little lie: that she saw John fall off a cliff in a hiking accident. But when a body turns up at the bottom of the cliff, the lie turns out to be not so little after all. With a plot like that, how could you resist?

A Song for the Dark Times by Ian Rankin

Rebus’s life is slowing down: he’s retired, he’s moved to a ground level home to avoid unnecessary stairs, and he needs more help than he’s happy to admit. There have been years when he didn’t see his daughter Samantha as much as he should have – but when she calls in the middle of the night and tells him her husband’s been missing for two days, he drops everything to help her. Even though he knows one thing all too well: that when somebody goes missing, it’s usually their partner who did it. Meanwhile, DI Siobhan Clarke is part of an investigation into a wealthy Saudi student, and as connections between the cases start to appear, Ian Rankin’s fans can rest assured that he’s back to weave a story you’d murder to read.

The Postscript Murders by Elly Griffiths

When aged-care worker Natalka finds ninety- year-old Peggy Smith dead in her window seat, it doesn’t seem that suspicious: after all, as everybody knows, Peggy had a heart condition. But when DS Harbinder Kaur is called to the case, it turns out Peggy lied about her condition – and that Peggy’s past, as a murder consultant who helped authors kill off their characters, might mean she knew more about what was happening outside her window than anybody else. Populated by an entertaining bunch of characters, set in a sleepy small town and with the classic feel of a book decades older, this an excellent armchair read.

A Time for Mercy by John Grisham

John Grisham’s third book involving Jake Brigance – you may remember him from an obscure title called A Time to Kill – sees the lawyer, always determined to seek justice, as the court-appointed lawyer representing a sixteen- year-old who shot a deputy sheriff to death. The citizens of Clanton, Mississippi, want the boy’s neck, but the more Jake learns about what led to the trigger being pulled, the more he’s willing to sacrifice everything to defend the boy against the death penalty. A legal thriller exploring class division and backdoor police deals, this is classic Grisham.

ALSO OUT THIS MONTH…

Finally, a special mention of a book from last month: Ellie Marney’s None Shall Sleep. It’s generally categorised as YA, but the protagonists are over eighteen, and the story – of two students training for their specialist field by interviewing teenage serial killers who aren’t interested in talking – is very gritty. It’s a compelling, smart and wildly entertaining read, so check it out. 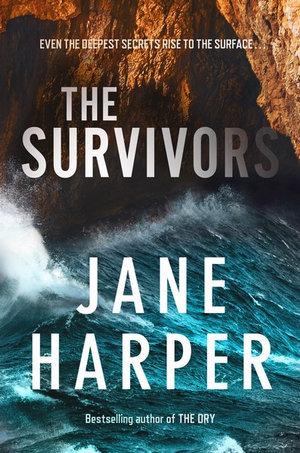 END_OF_DOCUMENT_TOKEN_TO_BE_REPLACED

A Song for the Dark Times