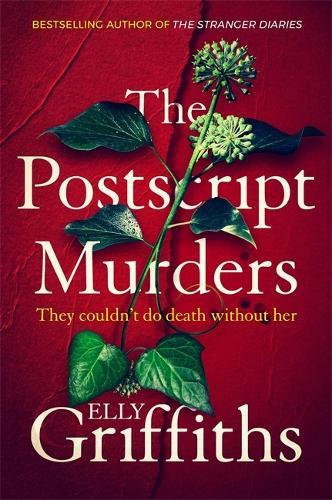 PS: thanks for the murders.
The death of a ninety-year-old woman with a heart condition should absolutely not be suspicious. DS Harbinder Kaur certainly sees nothing to concern her in carer Natalka’s account of Peggy Smith’s death. But when Natalka reveals that Peggy lied about her heart condition and that she had been sure someone was following her…
And that Peggy Smith had been a ‘murder consultant’ who plotted deaths for authors, and knew more about murder than anyone has any right to…And when clearing out Peggy’s flat ends in Natalka being held at gunpoint by a masked figure… Well then DS Harbinder Kaur thinks that maybe there is no such thing as an unsuspicious death after all.
From the sleepy seaside town of Shoreham to the granite streets of Aberdeen, The Postscript Murders is a literary mystery for fans of Anthony Horowitz, Agatha Christie and anyone who’s ever wondered just how authors think up such realistic crimes… PS: Trust no one.
$32.99Add to basket ›