Our crime specialist shares 9 great crime reads to look out for this month.

The Spiral by Iain Ryan

I could tell you that Iain Ryan’s The Spiral is an immersive, captivating crime book, but that wouldn’t be enough to explain it. I could say it’s a twisted, psychological fever dream, but that’s not quite it. I could tell you it’s an Australian campus thriller, and that wouldn’t be wrong, but it’s not quite right either. What I know for sure is this: you won’t have the same experience of this book that I did.

Dr Erma Bridges works at the University of Queensland, studying the works of Archibald Moder, the author of the choose-your-own-adventure Zone Mover series. Jenny, her assistant, has vanished, along with the dictaphone that held her interview with the reclusive, ageing Moder. Erma sets out to find the missing Jenny, but it turns out Jenny is hunting Erma too – and she has a bloodthirsty plan in store.

As Erma recovers from what happened, she attempts to find out what sent Jenny into a spiral of violence, and to track down the elusive dictaphone. All the while, at night, she dreams of one of Moder’s creations, Sero the Barbarian, who wreaks havoc across the lands trying to reclaim their lost memories, following a path only the reader can set for them.

The Spiral keeps you constantly wrongfooted: it’s a book where truth and memories cannot be trusted; where violence and darkness are not always the most terrifying paths you could take. In here, the only person you can really trust is yourself, the reader, turning those pages, following Erma to her absolution, trying to find the best path – if only you could find it for her.

The Paris Affair by Pip Drysdale

Harper is on the other side of a bad relationship when she bags the job she’s coveted for ages: an arts and culture journalist for The Paris Observer. To focus on her career, she decides she needs to keep a lid on her love life, but stealing a moment in a romantic city with somebody now and then is not so bad, right? So when Harper feels a spark with artist Noah at his exhibition’s opening night, she takes that moment, but their rendezvous opens the door to a whole heap of trouble and genuine danger that Harper is not prepared for. This literary crime novel of a young woman, the internet, and a beautiful location is something like Emily in Paris but with a killer. It will dazzle and scare in turn.

When Meg takes in Nerine and her two little girls, it’s because she knows what it’s like to run from a partner who’s making your life miserable. And she’s determined to help this family by hiding them out in her home: a tiny place in a rural town where nobody will ever find them. But soon Meg realises that something is wrong, that they aren’t alone at night, and her place of shelter seems under threat – but how did anyone find them? Who is it that is tracking them down, and are they after Nerine, or Meg herself? This is a tense, unpredictable thriller.

The Reach by B. Michael Radburn

When riverboats nearly two hundred years old are discovered buried at Devlin’s Reach, on Sydney’s Hawkesbury River, archaeologists, journalists, and local kids are all sniffing around – until they discover three bodies hidden in the boats that are much more recent. Parks Ranger Taylor Bridges, an unwilling expert in crimes on national parkland, is called in to help, but this small logging town, accessible only by ferry, is full of history, secrets, and now, death. As a storm swells overhead, Taylor’s hunt for the killer he’s now trapped with becomes more rain-soaked and terrifying than ever.

In this darkly comic and oddly wholesome tale by Booker-longlisted author Belinda Bauer, 75-year-old widower Felix Pink is an Exiteer: somebody who sits with those who choose assisted dying to end their lives. His job is not to help, but just to be present, and on his latest visit, he brings a young trainee Exiteer with him. When things on the visit turn horribly wrong, Felix goes on the run, unable to turn himself in until he’s figured out what has happened – and who can look after his beloved dog when he’s arrested. Amid all this death and deception, Felix may just find himself a reason to live.

The Second Son by Loraine Peck

Have you ever read a book and imagined it as a gripping, 10-episode Australian crime drama? The Second Son is like that: action-packed, full of surprises, and with enough family tension to keep you hooked with every chapter. The death of Ivan, the eldest son of the Novak family, sees Ivan’s brother Johnny given an ultimatum by his crime boss father: kill the man who did it. But Johnny isn’t so sure that the killer his father suspects is the person behind his beloved brother’s death – though something is definitely simmering in Sydney’s underbelly. The solution seems simple: one last heist before Johnny ditches crime forever to keep his wife Amy and young son Sasha safe. But of course, nothing is ever that simple. Besides, Amy has her own opinions on what’s going on and her own opinions on what she’ll do to protect her family.

Bec’s best friend, Izzy, is dead, lying in a pool of blood at the bottom of a staircase. Izzy and Bec have been there for each other during so many life-changing moments – grief, love, engagements, babies – and yet, Bec is the one most likely to have a motive to kill her. So what happened between the two women to bring them to this point? This thriller takes its time, exposing the frayed edges of the decades-long friendship between two women who take passive-aggressive to a whole new level. If you’re looking for a compulsive read with flawed characters and a skewed relationship with the truth, look no further.

The Silent Listener by Lyn Yeowart

A richly layered and beautifully written story, The Silent Listener is Australian Gothic at its most devastating. Spanning four decades and fluidly travelling through all of them, this is the story of Joy Henderson, a child of the sixties, who lives in constant fear of domestic violence at the hands of her father, a beloved member of their rural farming community. In the forties, Joy’s parents meet during the height of World War II. In the eighties, Joy returns home to her father, who is dying, and who makes a horrifying confession. The very next day he is dead – but not of natural causes. Add in the investigating police officer who can’t stop thinking of the disappearance of a child 20 years earlier and you have an intriguing and shocking debut thriller.

The Schoolgirl Strangler by Katherine Kovacic

Crime fiction writer Katherine Kovacic turns her hand to historical Australian true crime with this horrific story of a serial killer and the years of botched investigations that saw more deaths and false accusations before the perpetrator was eventually caught. In November 1930, 12-year-old Mena Griffiths was led from a park to a horrific fate, and found hours later strangled to death in an abandoned house. After a second girl was killed months later, it became clear that this was no one-off, but Melbourne’s police force had no prior working knowledge of how to deal with a case like this. Here, Kovacic tells the story of how the case was finally solved, and the devastation it left in its wake. 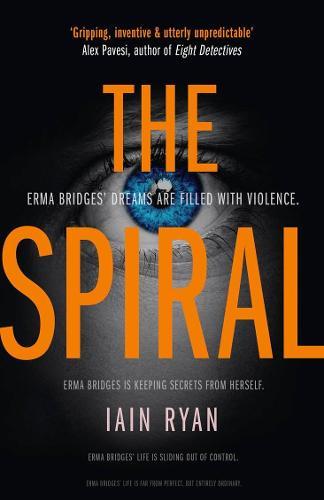