The best international fiction books of 2020

Every year our staff vote for their favourite books and music of the past 12 months. Here are our top 10 international fiction books of the year, voted for by Readings' staff, and displayed in no particular order.

(You can find all our best picks for books and music here.)

The Vanishing Half by Brit Bennett

Brit Bennett impresses with her brilliant second novel. A pacey and immersive read that spans the Jim Crow era through to the nineties, The Vanishing Half is the tale of identical twin sisters whose lives diverge when one who them decides to secretly pass for white. Bennett movingly explores the act of personal myth-making, and what its true cost might be.

In this incredibly clever and funny novel, Libby Benson offers up sharp, poignant observations from her life as mother, wife, sister, daughter, PA, accidental librarian, aspiring therapist… Jenny Offill perfectly captures the anxiety-riddled paralysis gripping so many of us in the face of the rapidly impending climate crisis, and she does so with wry insight and sympathy. A book for modern times.

A Burning by Megha Majumdar

Megha Majumdar has deservedly earned herself a reputation as a remarkable storyteller with this taut, propulsive debut. Set in contemporary India, this is the story of three unforgettable characters whose lives are changed forever when they become caught up in the aftermath of a terrorist attack. An emotionally charged and morally complex literary thriller that will grip you by the throat.

Maggie O'Farrell was awarded this year’s Women’s Prize for Fiction for her stunning reimagining of an earthshaking event in Shakespeare’s life: the sudden loss of his beloved 11-year-old son Hamnet whose death later influenced the writing of Hamlet. With a deft hand and immense empathy, O'Farrell transports readers into sixteenth century England and a tale of marriage, family and tragedy.

Vitória is a cleaner who aspires to be a writer. After she marries into wealth and privilege, she discovers her new life comes with its own costs and barriers. A ghostly feminist fable set within an unspecified time and place, this slim, elegant novel contains a delectably surreal quality that unsettles and delights, as it subtly explores questions of creativity, class, desire, power and authenticity.

Twice Booker-shortlisted Scottish novelist Andrew O'Hagan pays tribute to enduring friendship in this life-affirming novel. Opening in the summer of 1986, the narrative is split into two distinct parts, separated by more than 30 years, as it explores the bond between good friends James and Tully. O'Hagan is a superb chronicler of the vagaries of the human heart and Mayflies sits easily among his best works.

Piranesi lives in The House. He may not have always lived there. His name may not be Piranesi. The House has many secrets. Set with an extraordinary world of limitless halls, staircases, passages and vestibules, this is beguiling, luminous and enigmatic work of fantasy from cult favourite Susanna Clarke. Gorgeously written prose and a slowly unfolding mystery draw the reader along to the story’s cinematic conclusion.

Shuggie Bain is the heartrending story of a young boy’s futile attempt to save his alcoholic mother from her addiction as he simultaneously grapples with his own sexuality. Laying bare the intimacy, love, despair, rage and shame in their dysfunctional relationship and evocatively capturing daily life in Thatcher-era Glasgow, this is an intensely emotional and all-encompassing novel.

What Are You Going Through by Sigrid Nunez

In this extraordinary novel, a woman agrees to an impossible request from her dear friend: The friend has terminal cancer and she requests the narrator to come with her on one last holiday where she will, without warning, take a lethal pill to end her life on her own terms. Sigrid Nunez has a light touch as she describes this fraught venture, rendering this work heartbreaking yet invigorating.

How Much of These Hills is Gold by C Pam Zhang

During the twilight years of the gold rush, two freshly orphaned siblings of Chinese descent travel the unforgiving Californian hills – the body of the dead father in tow. Revealing a world that is both familiar and uncanny, How Much of These Hills is Gold is a bold, wild and sweeping epic that challenges the traditional Western narrative. Prepare to have your heart broken in two. 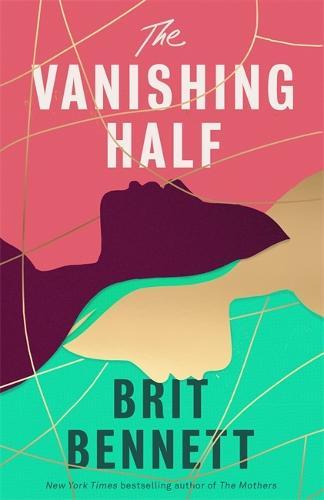