Here are our top ten DVDs of the year, as chosen by our film specialist Lou Fulco. Displayed in no particular order.

Chef is a rich and vibrant comedy – the story of Carl Casper (Jon Favreau), who loses his chef job and cooks up a food truck business in the hope of re-establishing his artistic promise. At the same time, he tries to reconnect with his estranged family.

The lives of two detectives, Rust Cohle and Martin Hart, become entangled during a 17-year hunt for a serial killer in Louisiana. As they look back on the case, Hart and Cohle’s personal backstories and often-strained relationship come into focus, all connected by one thing: their shared obsession to hunt down the killer.

This four-part political thriller explores the relationship between a democratically elected government, big business and the banks. After a plane accident kills the British Prime Minister in mysterious circumstances, Deputy Prime Minister Tom Dawkins takes command, and during his quest to find the truth and justice for the victims, he uncovers a conspiracy at the heart of the political system.

Frank is an offbeat comedy about Jon (Domhnall Gleeson), a wannabe musician who finds himself out of his depth when he joins an avant-garde pop band led by the enigmatic Frank (Michael Fassbender), a musical genius who hides himself inside a large fake head, and his terrifying bandmate Clara (Maggie Gyllenhaal).

One of the most spectacular and talked-about films of the Cannes Film Festival, The Great Beauty is Paolo Sorrentino’s powerful and evocative tale of hedonism and lost love, and an extraordinary depiction of contemporary Rome.

Wes Andersons’ The Grand Budapest Hotel recounts the adventures of Gustave H, a legendary concierge at a famous European hotel between the wars, and Zero Moustafa, the lobby boy who becomes his most trusted friend. The story involves the theft and recovery of a priceless Renaissance painting and the battle for an enormous family fortune – all against the backsdrop of a suddenly and dramatically changing Continent.

Inside Llewyn Davis follows a week in the life of a young folk singer as he navigates the Greenwich Village folk scene of 1961. Llewyn Davis (Oscar Isaac) is at a crossroads, huddled against the unforgiving New York winter, he is struggling to make it as a musician against seemingly insurmountable obstacles.

This series draws inspiration from the books of Swedish crime writer Camilla Läckberg. Successful crime writer Erica has returned to her beautiful fishing hometown of Fjällbacka, where underneath the pretty-as-a-postcard idyll lie dark secrets.

Grace is a 20-something supervisor at a foster-care facility for at-risk teenagers. She shares her life and work with her longterm boyfriend and co-worker, Mason. When Jayden, a gifted but troubled girl, arrives at the facility, Grace’s own difficult past, and the surprising future that suddenly presents itself, throw her into unforeseen confusion.

Fioravante (Jon Turturro) decides to become a professional Don Juan as a way of making money to help his cash-strapped friend, Murray (Woody Allen). With Murray acting as his ‘manager and pimp’, the duo quickly find themselves caught up in the crosscurrents of love and money. 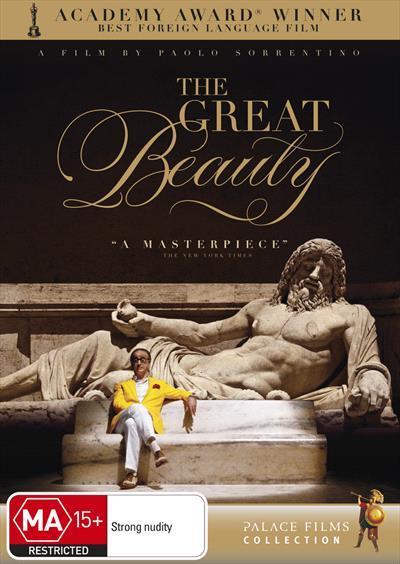