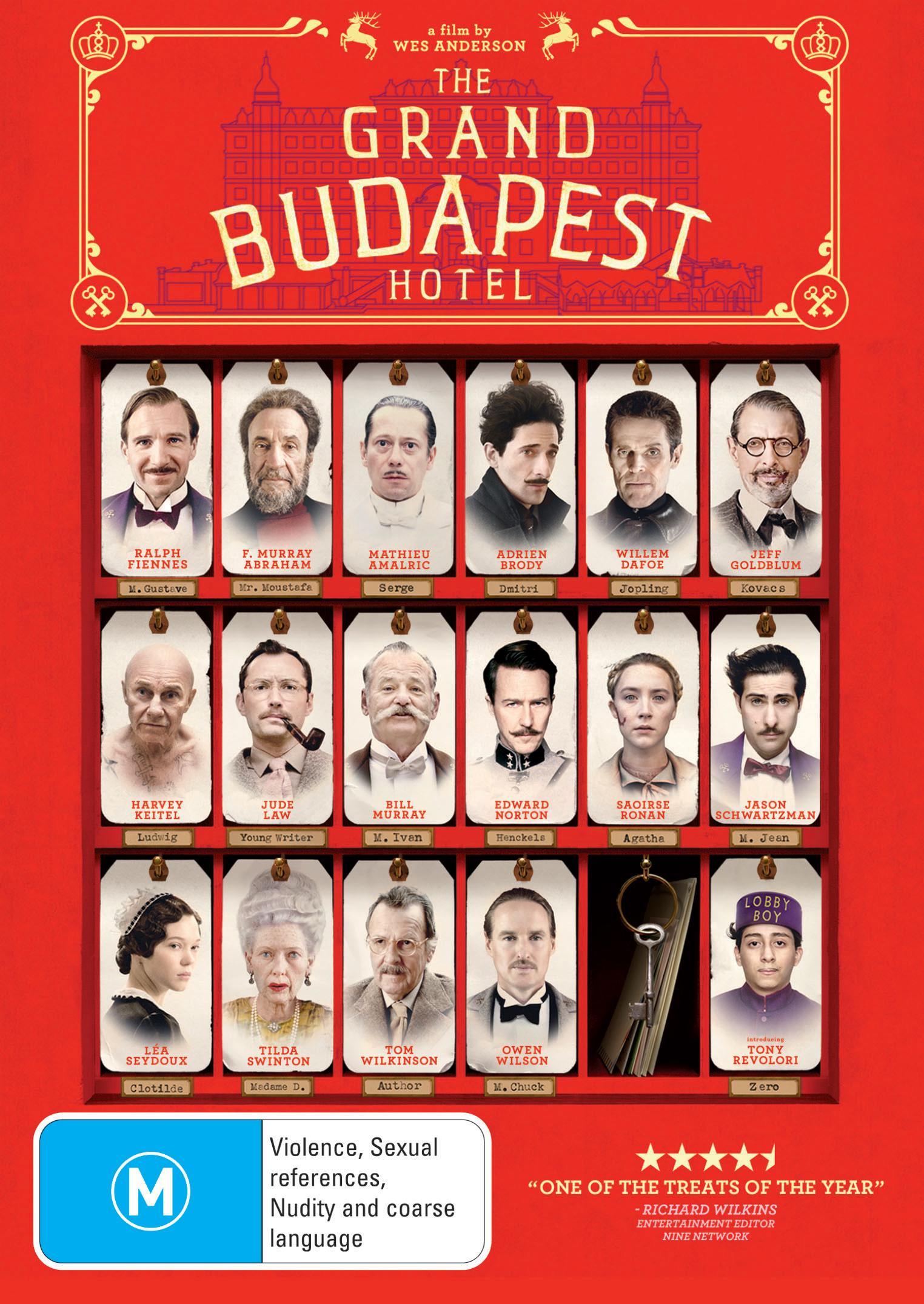 The Grand Budapest Hotel recounts the adventures of Gustave H, a legendary concierge at a famous European hotel between the wars, and Zero Moustafa, the lobby boy who becomes his most trusted friend. The story involves the theft and recovery of a priceless Renaissance painting and the battle for an enormous family fortune - all against the back-drop of a suddenly and dramatically changing Continent.

The Grand Budapest Hotel is Wes Anderson’s brilliant eighth feature film. It recounts the escapades of the marvellous Monsieur Gustave H. (Ralph Fiennes), concierge of the movie’s titular hotel in the fictitious Republic of Zubrowka (a European alpine state). For me, an avid fan of Anderson’s films, this could well be his pièce de résistance, and for someone who has seen all of his movies a minimum of eight times, that’s saying something. If I had to compare The Grand Budapest Hotel with another Anderson film it would be on par with The Royal Tenenbaums (2001): the characters are rich and enjoyable, and the script is gorgeously amusing and witty. Anderson’s pedantic perfectionism is, as always, on show here, from the symmetrical compositions to the tiny details that make his movies so wonderfully re-watchable.

The film alternates between 1932, during the heyday of the luxury hotel, opulent in the Jugendstil (German Art Nouveau) style, to 1968, after the hotel has ‘begun its descent into shabbiness’, which is shown through the more brutal International style. In both cases the details of interior and exterior are phenomenal. The Grand Budapest Hotel boasts incredible casting: Fiennes carries the movie with (L’Air de) panache and charm, and his characterisation of M. Gustave is a pleasure to behold. Relative newcomer Tony Revolori is brilliant as the hotel’s lobby boy and M. Gustave’s faithful sidekick. Jeff Goldblum, Tilda Swinton, Willem Dafoe and Saoirse Ronan are all excellent as well. This is a lush and remarkable film that is sure to be enjoyed. Perhaps you will sit down to watch it with a fresh-baked batch of Mendl’s Courtesan au Chocolat, or just a glass of chilled water with no ice.

George Munn is a bookseller at Readings Hawthorn.