Reflecting an enduring thirst for crime and politics, the following list is predominantly populated with smart, savvy television dramas, some of which have very dark undertones. A stellar list of writers, actors and directors is featured here including Jane Campion for Top of the Lake, and Aaron Sorkin for The Newsroom: Season 1.

The list also includes some amazing documentaries: I Am Eleven from Melbourne-born filmmaker Genevieve Bailey, and the much-acclaimed Searching For Sugar Man from Malik Bendjelloul .

The show is created and written by producer Adam Price and co-writers Jeppe Gjervig Gram and Tobias Lindholm, and was describer by The New York Times as a ‘bleaker, Nordic version of The West Wing’ which is an apt summary. A tense, thrilling Scandinavian story with no dead bodies (at least not in the traditional sense), Borgen is dominating many a living room even now.

The list combines sales from all Readings shops and our website. Where possible, different editions of titles have been combined to reflect total sales of each title. The list covers sales from 1 Jan 2013 to 31 December 2013. 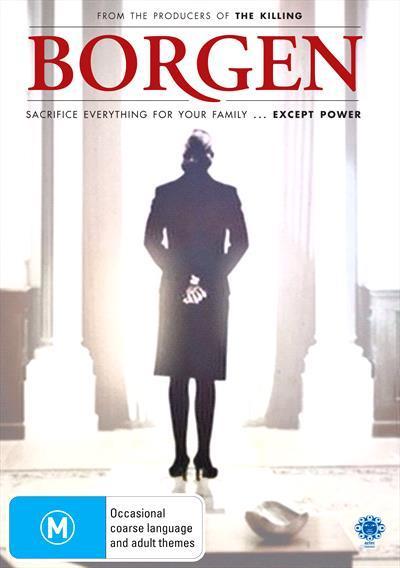