Recommended YA books & news for May

This month in YA books we have a story set in the tumultuous post-high school period, a moving tale of sisters in a dystopian world, the latest Heartstopper graphic novel from Alice Oseman, love troubles, and powerful magic.

Find our May picks for kids books here.

Can’t Say it Went to Plan by Gabrielle Tozer

Zoe, Samira and Dahlia are strangers, but they have something in common: their plans for a dream Schoolies Week are flipped upside-down before they even arrive at the beach. Samira has just been unceremoniously dumped by her boyfriend and is on shaky footing in her friendship group, Zoe can’t put aside her fears about not getting into her first choice of university and Dahlia struggles with grief after losing her best friend. Amid the heady swirl of clubs, concerts, foam parties and theme parks, these three young school leavers must overcome their growing anxieties about who they are and what the future holds.

Our reviewer Ngaire, herself a recent school leaver, admired the evocation of this very particular time of life: ‘In Can’t Say it Went to Plan, Gabrielle Tozer manages to accurately depict and explore this unique situation, while also tackling more sensitive topics, such as grief, mental health issues and friendship troubles, in a way that is engaging, honest and, most of all, inspiring.’

You can read her full review here.

FOUR YA BOOKS TO READ THIS MONTH

The Ones We’re Meant To Find by Joan He

Eighteen-year-old Cee is stuck on an abandoned island with no idea how she got there. Now eighteen, she lives in a shack with an ageing android, and a single memory - she has a sister, and she has to find her. From the safety of the eco-city floating above adecimated Earth, sixteen-year-old Kasey mourns Cee whom she’s sure is dead. She too wants to escape - the eco-city is meant to be a sanctuary, but its inhabitants are willing to do anything for refuge, even lie. Cee and Kasey think that what they know about each other and their world is true. Both are wrong.

Told in alternating chapters by these two sisters, The Ones We’re Meant To Find is set in a vividly imagined world ravaged by climate change. Our reviewer Angela praised it as a ‘challenging and rewarding read that shows how the bonds of love transcend a dystopian world.’

You can read her full review here.

Charlie didn’t think Nick could ever like him back, but now they’re officially boyfriends. Charlie’s beginning to feel ready to say those three little words: I love you. Nick’s been feeling the same, but he’s got a lot on his mind - not least coming out to his dad, and the fact that Charlie might have an eating disorder. As summer turns to autumn and a new school year begins, Charlie and Nick are about to learn a lot about what love means.

Beginning its life as a webcomic, before graduating to print, Alice Oseman’s Heartstopper books have been the most popular teen graphic novels of recent years, making this one of the most anticipated YA releases of this year.

Way of the Argosi by Sebastien de Castell

Ferius Parfax has a simple plan: kill every last inhabitant of the spell-gifted nation that destroyed her people, starting with the man who murdered her parents. When Ferius meets the extraordinary Durrall Brown though, she discovers that physical strength is not the only way to defeat evil of all kinds. So Ferius undertakes to study the ways of the Argosi: the tribe of tricksters known for getting the better of even the most powerful of spellcasters. But the Argosi have a price for their teachings, and by the time Ferius learns what it is, it may be too late.

This swashbuckling tale, replete with magic, wit and philosophy, is technically a prequel to the much-loved Spellslinger series (operating as the origin story to a pivotal character), but it can also be easily read as a standalone or an introduction to de Castell’s world.

Kate in Waiting by Becky Albertalli

Best friends Kate and Anderson are joined at the hip, consulting each other on every single life decision, and pining for the same guys from afar. But when Kate and Andy’s latest long-distance crush, Matt from summer theatre camp, shows up at their school and is cast opposite Kate in the school musical, everything goes off-script. Even though it’s been fun in the past, this time it turns out that communal crushes aren’t fun when real feelings are involved. Despite all their efforts to play fair, this one might even bring the curtains down on Kate and Anderson’s friendship.

Author Becky Albertalli, of Simon vs. the Homo Sapiens Agenda fame, has penned a thoughtful rom-com that positions friendships as important as romances.

Get in quick for these two YA online events! On Wednesday 5 May at 6:30pm we have Melbourne author and playwright Gabriel Bergmoser to talk about his latest YA novel, The True Colour of a Little White Lie. Then the day after on Thursday 6 May 2021 at 6:30pm, we’re delighted to host Sarah Haghdoosti in conversation with Sarah Ayoub, talking about Haghdoosti’s debut novel, Sunburnt Veils.

This is a very comprehensive and handy list of M/M books written by Own Voices authors, published or publishing in the first half of this year. The list contains adult and YA books, including one of my faves, The Boy from the Mish by Australian debut author Gary Lonesborough.

Better Words podcast do great work interviewing a wide range of different authors. Recently they talked to Claire Zorn about her latest book, When We Are Invisible, which is a sequel to her acclaimed dystopian novel The Sky So Heavy. It’s a really fascinating conversation! 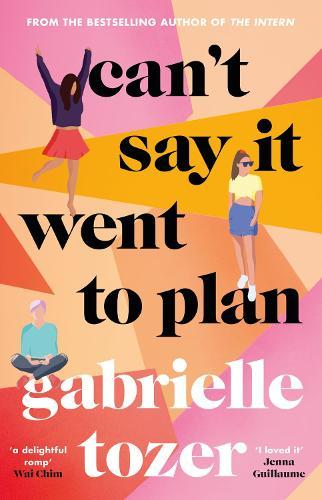 Can’t Say it Went to Plan