The Ones We’re Meant to Find by Joan He

This beautiful story set in a fascinating future is narrated in alternating chapters by 16-year-old Kasey Mizuhara and her older sister Celia. These very different young women have become physically separated and are searching for one another. Their world has been ravaged by climate change and the fortunate few now live in eco-cities set in the clouds. The rest of humanity must tough it out on the surface of the harsh planet. Rather than having real experiences, most people hologram themselves to places to save resources. People are ranked based on their ancestor’s impact on the planet – the descendants of heavy polluters are punished with very low rank and minimal benefits.

Kasey is an introvert whose sister disappeared three months prior, presumed dead at sea. Celia was the life of the party, with many friends and boyfriends, and Kasey is the opposite. Searching for answers about what happened to her sister forces her out of her shell.

Celia is stuck on a deserted island, with few memories, desperately trying to escape. She lives in someone’s abandoned house, survives on taro plants and is building a boat that she hopes will sail her back to her sister. She is all alone until a naked boy washes up on the shore.

This story of separated sisters is set in a highly imaginative world. For readers who liked Davina Bell’s The End of the World Is Bigger than Love this is an equally challenging and rewarding read that shows how the bonds of love transcend a dystopian world. For ages 14+. 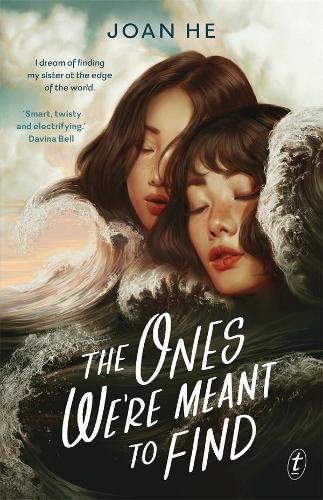 The Ones We’re Meant to Find