Our top music selections of the year so far

We’re at the halfway point through the year (if you can believe it), so we had a chat to some of our wonderful music staff about the new releases they’ve really enjoyed and would most recommend so far this year.

To coincide with International Women’s Day 2019, French-Canadian violist Marina Thibeault released an album featuring chamber music by some of the most famous female classical composers. Opening with Clara Schumann’s Three Romances for Violin and Piano Op. 22 (arranged for viola), and concluding with Anna Pidgorna’s viola solo ‘The Child, Bringer of Light’, Elles showcases not only the genius of women who, against much resistance, composed great music, but also the work of two very fine young Canadian chamber musicians, violist Thibeault and pianist Marie-Ève Scarfone. A fine contribution to the growing discography of music by women.

Magdalena Kožená’s silvery mezzo soprano voice is a fascinating one: she possesses a bright upper register befitting a coloratura soprano, and a rich, penetrative depth throughout her range which allows her voice to resonate well above the orchestra, even when at a low pitch. Although Kožená began her career singing primarily baroque music, she has broadened her repertoire to encompass all sorts, from Mahler to the music of her Czech homeland to Cole Porter and beyond. For her first recording with audiophile label Pentatone – Il giardino dei sospiri – Kožená has returned to the baroque, reminding us why she remains one of the great mezzo sopranos of our time.

More neo soul from a man who’s been plying the trade for some time now. His latest self titled record is his best yet. All killer and no filler.

Poet, rapper , playwright, novelist and complete inspiration. We have never needed a voice like hers more.

New Zealand’s Aldous Harding has very quickly established herself as one of the better crop of female artists. This is her 3rd album and 2nd produced by the UK’s John Parish. Quirky songs and an amazing vocal range all add up to one of the year’s very best albums.

Stephen Cummings – A Life is a Life

A wonderful opportunity to reflect on the marvellous career of one of Melbourne’s best artists of the last 40 odd years. After a successful stint fronting The Sports, Stephen went solo and immediately became a bit of a pop star. He has been producing terrific solo albums for 35 years, but has decided to give it away. This look back has me reminiscing to his glory days.

Two of my favourite songwriters, Phoebe Bridgers and Conor Oberst, come together for a rollicking good time – what’s not to love? If you haven’t heard Bridgers’ 2017 album Stranger in the Alps, or boygenius, her collaboration with the equally brilliant Lucy Dacus and Julien Baker, fix that immediately – she’s one of the most outrageously talented young songwriters to emerge in recent years. And Oberst has been a fixture in my life since I discovered Bright Eyes as a quiet 13-year-old in 2002. Separately, these two are wonderful – together they’re a force to be reckoned with.

Stella Donnelly – Beware of the Dogs

Smart-mouthed indie pop with a feminist bent, this record follows the viral success of Donnelly’s sweet-sounding but cutting single ‘Boys Will Be Boys’, tackling sexual assault and toxic masculinity, in 2017. Beneath these well-crafted songs is a current of righteous fury – it’s thrilling to see the rise of fierce and fabulous women songwriters in Australia, delivering gut-punch tunes that are as much a call to arms as they are an invitation to the dance floor. 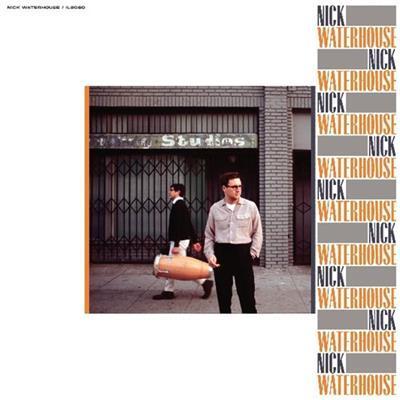