Death in Daylesford by Kerry Greenwood

Phryne Fisher is back – much to the delight of her many adoring fans – and has found herself with a diverting invitation to travel to Daylesford. There, Captain Herbert Spencer has started a retreat for soldiers suffering from shell shock, where calm rest is of greatest importance and the food is vegetarian (all the residents have seen enough blood for a lifetime). Of course, once Phryne is involved, so too are murder, disappearances and many luxurious shenanigans. Meanwhile, back in Melbourne, a body is found in the harbour – and Phryne’s horrified non-nuclear family is determined to solve the crime.

After sexual harassment at her New York workplace leaves journalist Kate Aiken in need of a new job and a new life, she heads to California for an archiving gig, looking after famous photographer Miranda Brand’s catalogue of work. Miranda killed herself at the peak of her career, and now, after the death of her husband, their son Theo wants to archive her office. What Kate finds in Miranda’s written effects, however, reveals that what everybody knows about Miranda’s death may not be true, and something much more disturbing may have happened. With chapters that alternate between Miranda’s letters and diary entries and Kate piecing them together years later, this is a slow- burn suspense novel to thrill.

Fresh from Thornton’s excellent debut Lapse, Clementine Jones is house-sitting on the Great Sandy Strait, trying her hardest to leave her past behind her. Trouble is, she can’t sit still for very long, and finds herself involved in a campaign to stop developers encroaching on the habitat of endangered turtles. When a dead body is found at the bottom of a quarry, Clem is catapulted back into shock, no less because police say it is suicide, and Clem thinks it was murder. And when nobody else seems interested in helping, it’s up to her to figure out what the hell happened – and try not to get herself killed in the process.

When two single parents meet at a party in New Jersey, it seems too good to be true. And since this is a crime book, it obviously is: while Diane runs a successful catering company, Alex is a professional thief. The two hit it off, and everything is going wonderfully, until Alex’s new family is threatened. Only one, last, impossible heist can save them, but as Alex embarks on the job, he realises Diane is not quite the person he thought she was – and that they have met before. A high-octane, read-while-driving-a-fast- car* love story of a thriller.

*Please do not take this advice.

In barely postwar New York, Willowjean Parker has picked up a guard job to fill time around her everywoman position at Hart and Halloway’s Traveling Circus and Sideshow. When she witnesses private investigator Lillian Pentecost breaking in, instead of coshing her on the head, she follows along – and soon finds herself with a new career as assistant to New York’s most famous and irascible detective. This is a hard-boiled, classic mystery, with danger, blood, revenge, wealthy widows, and of course the classic deadly séance.

Death in the Family by Tessa Wegert Penguin

Senior Investigator Shana Merchant chose to work in upstate New York’s Thousand Islands precisely because it isn’t dangerous. But then a man goes missing on a private island, leaving his side of the bed covered in blood. When Shana and her colleague Tim arrive on the island – along with a storm that will trap them there – they find a group of people as callous and suspicious as they come. Did the missing Jasper die? Is his killer still there? And can Shana – who barely escaped with her life from the serial killer who abducted her a year ago – trust anyone, including herself? Turn on some rain sounds, put on your thinking cap and lose yourself in this locked-island mystery.

The Searcher by Tana French

With many of Readings’ marketing team working from home, there was unfortunately no collective holler of delight when they realised there was a new Tana French out. (You may have heard the screams separately from various Melbourne suburbs, though.) In The Searcher, American ex-detective Cal Hooper has retired to a rural Irish village to partake in nothing more taxing than doing up a rundown cottage. Cal finds himself in the company of a local boy whose brother is missing, but nobody in Ardnakelty seems to care. Cal can’t help but investigate, and soon finds himself realising the townsfolk, who had initially seemed so lovely and close-knit, are increasingly closed off to outsiders. There’s mud, blood and death on these farms – and Cal will, as always, do anything to solve a problem.

We Keep the Dead Close by Becky Cooper (Available 1 December)

In 1969, Harvard anthropology student Jane Britton was murdered in her apartment. Some 40 years later, student Becky Cooper hears the first whispers of the story: a student killed by the professor with whom she was having an affair. Over the next 10 years, Cooper finds she can’t let the case go – and begins to investigate the then-unsolved crime. Avoid looking the case up online – it has been solved in the meantime – and instead give yourself over to Cooper’s all-in search for the truth. A search that lays bare not only the crime itself, but the culture that surrounded it: the grim idea that so many people could have been suspects, what male academics could get away with (and sometimes still do), the misogyny of institutions like Harvard, and the power dynamics of late ’60s counterculture. In doing so, we learn as much about Cooper herself, as well as Jane Britton, the woman lost in all the rumour.

And even more recommendations..

There are a LOT of excellent books out this month and next, so brace yourselves… 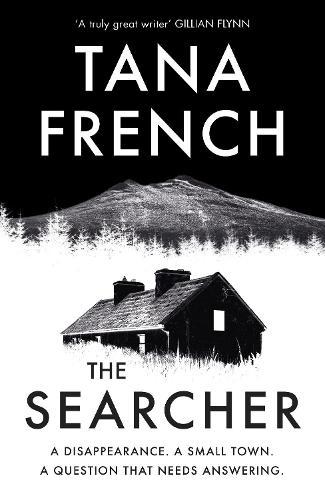