New and noteworthy biography and memoir

February brings an exciting and eclectic mix of biography and memoir: from a search for meaning in the modern world, to a troubling account of consent, and a childhood spent as an unwitting amateur spy – this month is full of insight into lives lived all over the world. Here are seven interesting reads for those looking to step into another’s life and mind for a time.

With My Little Eye by Sandra Hogan

Growing up in the 1950s, the three Doherty children were trained by their parents to memorise car number plates, to spot unusual behaviour on the street, and most important of all, to avoid drawing attention to themselves.

The children became unwitting foot soldiers in Australia’s battle against Soviet infiltration in the Cold War. They attended political rallies, stood watch on houses owned by communist sympathisers, and infiltrated the UFO Society. In 1956 the Doherty family went on a beach holiday with Vladimir and Evdokia Petrov, the famous Soviet defectors, who were hiding from Soviet assassins. Dudley and Joan Doherty swore their children to secrecy, and for decades, they didn’t even discuss among themselves the work they did for ASIO.

When Nadia Owusu was two years old her mother abandoned her and her baby sister and fled from Tanzania back to the US. When she was thirteen her beloved Ghanaian father died of cancer. She and her sister were left alone, with a stepmother they didn’t like, adrift.

Nadia Owusu is a woman of many languages, homelands and identities. She grew up in Rome, Dar-es-Salaam, Addis Ababa, Kumasi, Kampala and London. And for every new place there was a new language, a new identity and a new home. At times she has felt stateless, motherless and identity-less. At others, she has had multiple identities at war within her. It’s no wonder she started to feel fault lines in her sense of self. It’s no wonder that those fault lines eventually ruptured. Aftershocks is the account of how she hauled herself out of the wreckage. It is the intimate story behind the news of immigration and division dominating contemporary politics.

In My Past Life I Was Cleopatra by Amal Awad

For as long as humans have existed, we have consulted everything from the stars to stones with symbols on them. Growing up in an Arab Muslim family, SBS journalist and TEDx presenter Amal Awad was keenly aware of the unseen forces at play in her life - superstition, fatalism and magical jinn were more real to her than any Hollywood fantasy.

From religious devotion to New Age love and light, Amal has tried … a lot. While this doesn’t make her an expert in healing your life, it does makes her a well-versed one, fluent in the boundless healing modalities on offer in our ever-expanding retail universe. From psychic mediums and spirit guides to Paleo diets and empowerment, there are questionable (and downright fraudulent) solutions being sold to the masses. Yet, arguably, there is still a lot of good to be found in these offerings.

In this funny and shrewdly observed book, Amal shares her personal journey to peace and empowerment via a wide array of psychics, healers and witches, considering the smorgasbord of spiritual thinking on offer for people wanting to #livetheirbestlife and exploring whether these practices can help, harm or both in the quest for spiritual enlightenment.

The Japanese: A History in Twenty Lives by Christopher Harding

These vivid and entertaining portraits take the reader from the earliest written accounts of Japan right through to the life of the current empress, Masako. We encounter shamans and warlords, poets and revolutionaries, scientists, artists and adventurers - each offering insights of their own into this extraordinary place.

For anyone new to Japan, this book is the ideal introduction. For anyone already deeply involved with it, this is a book filled with surprises and pleasures.

Eating With My Mouth Open by Sam van Zweden

Lyrically written, Sam van Zweden offers a millennial response to classic food writers, revelling in body positivity on Instagram, remembering how Tupperware piled high with sweets can be a symptom of spiralling mental health, dissecting wellness culture and all its flaws, sharing the joys of living in a family of chefs and seeing a history of migration on her dinner plate.

Recalling the writing of Lindy West and Roxane Gay, as well as classic food writers M.F.K. Fisher and Brillat-Savarin, Eating with My Mouth Open considers embodiment and the meaning of true nourishment within the broken food system we live in. Not holding back from the struggles of mental illness and difficult conversations about weight and wellbeing, Sam van Zweden advocates for a body politics that is empowering, productive and meaningful.

Consent: A Memoir by Vanessa Springora (translated by Natasha Lehrer)

Thirty years ago, Vanessa Springora was the teenage muse of one of the country’s most celebrated writers, a footnote in the narrative of a very influential man in the French literary world. At the end of 2019, as women around the world began to speak out, Vanessa, now in her forties and the director of one of France’s leading publishing houses, decided to reclaim her own story, offering her perspective of those events sharply known.

Consent is the story of one precocious young girl’s stolen adolescence. Devastating in its honesty, Vanessa’s painstakingly memoir lays bare the cultural attitudes and circumstances that made it possible for a thirteen-year-old girl to become involved with a fifty-year-old man who happened to be a notable writer. As she recalls the events of her childhood and her seduction by one of her country’s most notable writers, Vanessa reflects on the ways in which this disturbing relationship changed and affected her as she grew older.

Drawing parallels between children’s fairy tales and French history and her personal life, Vanessa offers an intimate and absorbing look at the meaning of love and consent and the toll of trauma and the power of healing in women’s lives. Ultimately, she offers a forceful indictment of a chauvinistic literary world that has for too long accepted and helped perpetuate gender inequality and the exploitation and sexual abuse of children.

In this unique and entertaining blend of memoir, biography, and literary detective work, highly respected former fiction editor Craig Munro recreates the lives and careers of Australia’s most renowned literary editors and authors, spanning a century from the 1890s to the 1990s.

Famous figures featured in this book include A.G. Stephens, who helped turn foundry worker Joseph Furphy’s thousand-page handwritten manuscript into the enduring classic Such Is Life; P.R. Stephensen, who tangled with the irascible Xavier Herbert, working closely with the novelist to revise his unwieldy masterpiece Capricornia; Beatrice Davis, who cut Herbert’s later novel Soldiers' Women in half, and whose lively literary soirees were the talk of Sydney; and award-winning fiction editor Rosanne Fitzgibbon, who was known as a friend and champion to her authors, including the prodigiously talented young novelist Gillian Mears.

Throughout it all, in beguiling and elegant style, Craig Munro weaves his own reminiscences of a life in publishing while tracking down some of Australian literature’s most fascinating and little-known stories. Literary Lion Tamers is a delight for anyone interested in the wild outer edges of the book world. 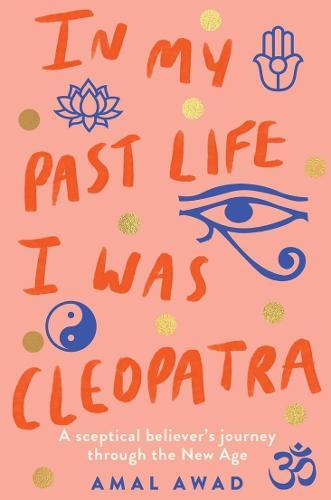 In My Past Life I Was Cleopatra

END_OF_DOCUMENT_TOKEN_TO_BE_REPLACED

The Soul of a Woman