Meet the bookseller with Oliver Driscoll

Oliver Driscoll works as a bookseller at Readings Doncaster and we’re delighted he has also just released his first book! I Don’t Know How That Happened is a funny and unsettling collection of poems. Here, Oliver talks about writing, his doubts about publishing trends, and shares what’s on his TBR pile.

Tell us about your book!

So, I don’t mean to sound as though I’m playing I Don’t Know How That Happened, but it’s a small and quiet poetry collection with a wonderful little press – Recent Work Press. I guess it’s a mix of slightly more lyrical pieces, and more prose-like observational pieces that, in their compression, hopefully get at our funny fragmentary experience of life. I think we forget – or I forget – how much of an enjoyable, and even playful, testing ground poetry, or just bits of short writing, can be.

Why did you decide to work in books?

I’ve only realised recently how important it is to base your career plans on the types of people you enjoy spending time with. Bookselling, of course, mostly isn’t about standing around having extended conversations with customers, but those conversations happen, and people are endlessly surprising.

Another thing that’s wonderful about bookselling is that anything you pick up elsewhere – I’m currently studying horticulture, for instance – can end up being useful and being drawn upon. It’s also nice seeing this in colleagues, seeing their – often similarly surprising – expertise.

What kind of trends do you see in books right now? Do you have any predictions for the future?

I’m somewhat circumspect about the idea of trends in publishing – they tend to sell everyone short. There are a lot of books at the moment, for instance, that are marketed to look and sound like Sally Rooney’s books, which is understandable, with her hi-lo-crossover success. But, something that appears to be imitative can be just as unattractive as attractive, and I doubt whether those authors had those books in mind when writing…

Having said that, there is a clear move at the moment towards books about trees – Sophie Cunningham’s City of Trees is brilliant – and climate change, and momentarily escaping this internet thing. There have also some really great clothing mending books recently – Mend & Patch by Kerstin Neumüller, for instance – something I’m absolutely for, though very very novice.

Sigrid Nunez’s The Last of Her Kind follows a friendship starting in college in the US in the 60s – the narrator from a humble background, and her friend who confronts her wealthy upbringing by becoming politically dogmatic or absolute (both as self-conscious overcorrection and unconscious moneyed expectation that the world conform to her). It’s a highly textured and clarifying look at those times. But, it’s also a strange book, with sections that seem as though they shouldn’t work, but do. Nunez, I’m discovering, is a bit of a master – her recent The Friend is also great.

The best comparison to Sean O'Beirne’s wonderful new and debut collection, A Couple of Things Before the End, might be some kind of mix between George Saunders and Lydia Davis, but there’s something else again. It’s somehow satirical, but deeply kind and forgiving, and funny yet absolutely serious and excoriating. O'Beirne just has such an infallible ear for the stories we – particularly we Australians, or white middle class Australians – tell and retell ourselves.

But, I’ve just started reading some literary journals or magazines again – namely Freeman’s and one of out NY, A Public Space. Both of these are excellently curated, particularly the latest edition of Freeman’s: California, which, being such a large part of the American psyche, and a place of great wealth and abundance, but also of disadvantage, fires, drought, while at the same time being a migratory space, has meant for fascinating pieces.

What books are sitting on your bedside table right now?

Books can sit there for months. Every so often I shift them around a little. Put one that was lower down further up. But, on top of the pile on the current table is Jenny Offill’s new novel, or novella, Weather. This book, it seems, takes on the ever-presentness of our climate change anxieties, and I’m curious to see how affecting that can be in a novel, how it can avoid the abject misery (albeit stunningly rendered misery) of, say, Cormac McCarthy’s The Road. I hope this book is also part of a greater trend towards the novella. 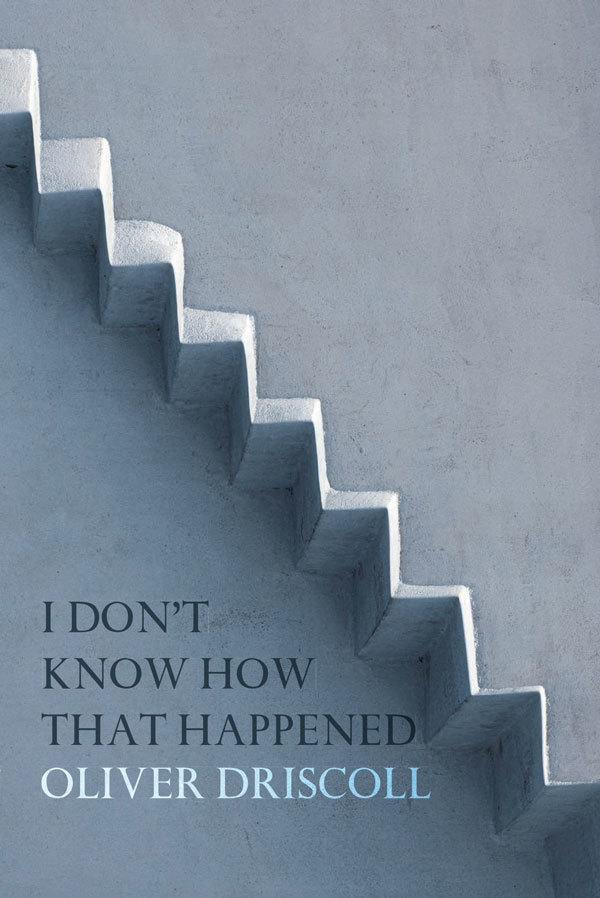