Saints and sinners, unique characters and clones, giant brains and dinosaur-sized ones, too: it’s all in this month’s wonderfully varied round-up.

Earlier I received an impassioned email from fellow children’s specialist, Athina Clarke, at the Malvern store: “You have to read Cry Blue Murder by Kim Kane and Marion Roberts: I need to talk to someone about it!”

And so this thriller about abducted schoolgirls creeps closer to the top of the T.B.R. pile.

Australian authors Kim Kane and Marion Roberts teamed up to write this chilling narrative, which takes the form of emails, police statements and poems.

In her review, Athina called it: “…an important cautionary and psychological tale that is highly recommended for ages 13 and up.”

You can read about Kim and Marion’s working relationship in their contribution to The Way We Work series.

For some of us oldie YA fans, a book set in the mid-90s is like reading about yesterday but it’s with a sense of disbelief and mild terror that I have to admit that Paper Aeroplanes by Dawn O’Porter almost counts as historical fiction for our current wave of teens!

Dawn O'Porter has made a name for herself on television in the UK with her accessible documentaries about modern life. She’s married to the actor Chris O'Dowd - hence the new O' in her name. One of her most notable documentaries is about breast cancer, which was particularly personal because her mother died of the disease when Dawn was only seven. These personal details might not usually be relevant except that Paper Aeroplanes is loosely based on the author’s life.

I’m looking forward to reading The Originals by Cat Patrick because of its killer concept: Lizzie, Betsey and Ella are identical, born as part of an illegal cloning program. But they are forced into hiding when the program is uncovered and have to live as if they are one person instead of three in order to avoid detection. Imagine sharing your life with two identical-looking girls. (Actually, I can think of a few ways this might come in handy…)

Children’s specialist Alexa Dretzke loved Navigating Early by Clare Vanderpool so much that she suspects it will remain her favourite of this year.

From the author of Moon Over Manifest (which won the coveted Newbery Medal), it’s a story set in the north-east of the US at the end of WW2 and features two unforgettable young characters in Jack, from Kansas, who is mourning the death of his mother, and his exceptionally clever companion Early Auden.

I’m so excited about the arrival of the second Truly Tan adventure by Melbourne writer Jen Storer: Jinxed!. Unfortunately, my nine year old daughter was equally excited and has run off with my reading copy. When she poked her nose out of the book all she said was “haunted tram” and “awesome”. The first Truly Tan book was a huge hit over Christmas and it’s just brilliant to have a funny, smart young detective solving mysteries in an Australian setting.

Children who are ready to move on from school readers will enjoy *My Happy Life by Rose Lagercrantz and Eva Eriksson. First published in Swedish, this book has now been translated - which often makes for a really different narrative feel and one that I enjoy. The story explores a girl’s first year of school and injects a lot of positivity into children’s anxieties, perfect for 5+ and with line drawings throughout.

Another treat for Junior Fiction readers is Saurus Street - I’ve read all four in the series to my 6 year old son and we’ve both thoroughly enjoyed them. The mix of boy and girl main characters is really pleasing, the sentences are kept short which is perfect for new readers and the narratives are fast and fun. Watch this trailer about the series:

In Meet Mary Mackillop by Sally Murphy and Sonia Martinez, Australia’s first saint is the subject for this attractive new picture book series that provides an early introduction to some of the nation’s extraordinary men and women (the striking Meet Ned Kelly was published earlier in the year).

For those looking for a picture book with longer text, perfect for bedtime stories for the slightly older child (4-8), I highly recommend Amy’s Three Best Things, written by the absolute legend that is Phillipa Pearce (Tom’s Midnight Garden) and illustrated by Helen Craig who gave us Angelina Ballerina.

With a new series by Artemis Fowl author Eoin Colfer (W.A.R.P.), a new picture book by Oliver Jeffers (It Wasn’t Me) and a YA novel set in Melbourne written by someone who just happens to have exactly the same name as me Steal My Sunshine - it’s another great and varied month for Children’s and YA. 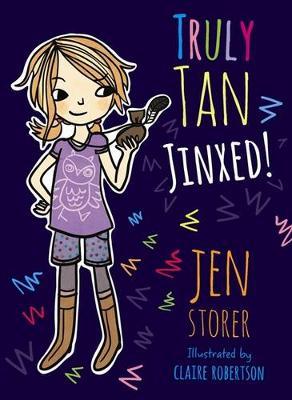