There has been plenty of upheaval in British politics in recent months. If you’re looking to explore this turmoil in fiction, here are some novels in which five British authors tackle the topic of Brexit head on.

The Man Who Saw Everything by Deborah Levy

Saul is hit by a car on the Abbey Road crossing – twice, once in 1988, the year before the fall of the Berlin Wall, and again in 2016, just after Britain voted to leave the European Union. Saul is rushed to hospital and spends the following days in and out of consciousness, in and out of history. Family and friends visit him, but someone important is missing. Momentous world history and personal intimate history come together in this Booker Prize-shortlisted novel that is mysterious, moving and surreal.

This is the first of Smith’s four seasonal novels, written on tight publication schedules so that they are as close to contemporaneous as possible. In Autumn 2016, centenarian Daniel lies in his care home, dreaming and nearing death. He is visited by 32-year-old Elisabeth, a lifelong friend who lived next door to him when she was a child. Opening with the Brexit vote, Autumn moves backwards and forwards in time, combining Daniel’s dreams, Elisabeth’s memories and political events, past and present.

Set on the outskirts of Birmingham, where car factories have been replaced by Poundland, and London, where frenzied riots give way to Olympic fever, Middle England follows a vivid cast of characters, each with relationships fracturing along political lines. Newlyweds who disagree about the future of the country, a political commentator with a radical teenage daughter, and a son with an elderly father whose last wish is to vote in the European referendum. Within these lives is the story of modern England – a story of nostalgia and delusion; of bewilderment and barely-suppressed rage.

The Cockroach by Ian McEwan

Jim Sams wakes from uneasy dreams one morning to find himself transformed into a gigantic cockroach, who just happens to have inhabited the body of the UK Prime Minister. In Jim’s previous life he was ignored or loathed, but in his new incarnation he is the most powerful man in Britain – and it is his mission to carry out the will of the people. Nothing must get in his way. Not the opposition, nor the dissenters within his own party. Not even the rules of parliamentary democracy. This Kafka-inspired satire turns real-life Brexit into an even more farcial and fictional beast.

The Lie of the Land by Amanda Craig

Quentin and Lottie are miserable but can’t afford to divorce. Having lost their jobs in the recession, they downsize and move their three children to the mysteriously dirt cheap Home Farm in Devon. Naturally nothing goes smoothly in the country, which has its undeniable dark side of poverty, revenge, abuse and violence. This suspenseful black comedy manages to provide an intimate portrait of a floundering marriage, as well as commentary on the rupture between city and country, the collapse of the middle class and the housing crisis. 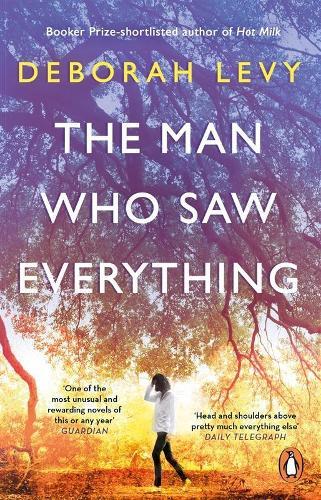