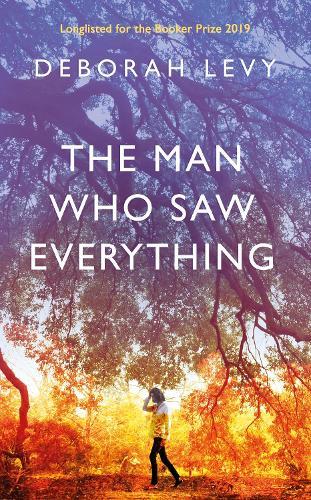 In 1989, Saul is hit by a car on the Abbey Rd crossing. He is fine; he gets up and goes to see his girlfriend, Jennifer. They have sex and then break up. He leaves for the GDR, where he will have more sex (with several members of the same family), harvest mushrooms in the rain, bury his dead father in a matchbox, and get on the wrong side of the Stasi.

In 2016, Saul is hit by a car on the Abbey Rd crossing. He is not fine at all; he is rushed to hospital and spends the following days in and out of consciousness, in and out of history. Jennifer is sitting by his bedside. His very-much-not-dead father is sitting by his bedside. Someone important is missing.
Deborah Levy presents an ambitious, playful and totally electrifying novel about what we see and what we fail to see, about carelessness and the harm we do to others, about the weight of history and our ruinous attempts to shrug it off.

There is nothing ordinary about Deborah Levy’s new novel, her first since 2016’s Booker Prize-shortlisted Hot Milk. As a result, it isn’t an easy one to condense here, but what I’ll say, with little difficulty, is that it’s one of the finest novels of the year – deep with ideas, rich with sensual, specific prose, elegant in its construction, mysterious and moving in its execution. As soon as I closed The Man Who Saw Everything, I wanted to start reading it again.

The Man Who Saw Everything tells a similar story, twice. In its first iteration, the year is 1988 and Saul Adler, a twenty-eight-year-old historian, is preparing to visit East Berlin for research when he’s struck by a car while crossing Abbey Road. His injuries are minor, but his heart takes a beating when his girlfriend, Jennifer Moreau, dumps him. In Germany, Saul falls in love with Walter Müller, the translator assigned to him by the university, and fails to deliver a tin of pineapple to Walter’s Beatles-obsessed sister Luna. In the second version of events it’s 2016, and Saul, in his fifties, is again hit by a car while crossing Abbey Road. This time, his injuries put him in hospital, where he drifts in and out of consciousness, haunted by spectres from his past.

This synopsis really doesn’t do Levy’s achievement justice. The Man Who Saw Everything has a rapturous, exhilarating effect that extends well beyond story or structure. Central here are ideas about looking – Jennifer is a photographer – and what is seen and hidden. Saul is a self-absorbed narrator; there are events and people in his life that he has forgotten or failed to see. Enveloping it all is history, especially the personal and the intimate, which Levy subtly elevates to the status of world-shattering events. History is a hefty burden – its injuries ricochet through time.