The Gaps by Leanne Hall

When sixteen-year-old Yin Mitchell is abducted, the news reverberates through the whole Year Ten class at Balmoral Ladies College. Police suspect the abduction is the work of a serial offender, with none in the community safe from suspicion. Everyone is affected by Yin’s disappearance - even scholarship student Chloe. A tribute to friendship in all its guises, The Gaps is a moving examination of vulnerability and strength, safety and danger, and the particular uncertainty of being a young woman in the world.

A gripping story for ages 13 and up.

It’s Not You, It’s Me by Gabrielle Williams

Holly Fitzgerald has inexplicably woken up in 1980 inside the body of an LA teenager called Trinity Byrne - trapping Trinity in Holly’s forty-year-old body back in Melbourne, 2020. Mind. Officially. Blown. Holly finds herself navigating a brand-new body, family and the cute boy next door - not to mention a rock band that might just make it and a potential kidnapper. Lies intersect with truth and Holly and Trinity are hurtling towards a dangerous fate as the connections between them grow deeper and stranger than either could have ever imagined.

A fun body-swap story for readers aged 13 and up.

When Amandla wakes up on her fifteenth birthday, she knows it’s going to be one of her mother’s difficult days. Her mother has had another vision. Many of her mother’s memories from before Amandla was born are hazy. It’s just one of the many reasons people in Sugar Town give them strange looks - that and the fact her mother is white and Amandla is Black.

When Amandla finds a mysterious address in the bottom of her mother’s handbag along with a large amount of cash, she decides it’s finally time to get answers about her mother’s life. What she discovers will change the shape and size of her family forever.

A powerful coming-of-age story for readers aged 13 and up.

The Monster of Her Age by Danielle Binks

Ellie Marsden was born into the legendary Lovinger acting dynasty. Granddaughter of the infamous Lottie Lovinger, as a child Ellie shared the silver screen with Lottie in her one-and-only role playing the child monster in a cult horror movie. The experience left Ellie deeply traumatised. Now seventeen, Ellie has returned home to Hobart for the first time in years. Lottie is dying and Ellie wants to make peace with her before it’s too late.

A story of love, loss, family and film, letting go of anger and learning to forgive without forgetting.

A beautiful novel of complicated families for readers aged 13 and up.

The Stewards have kept vigil for centuries, sworn to protect humanity if the Dark King ever returns. Sixteen-year-old dock boy Will is on the run in London, pursued by the men who killed his mother. When an old servant urges him to seek out the Stewards, Will is ushered into a secret world, where he must train to fight for the Light.

As the Dark King’s return looms, reborn warriors begin to draw battle lines. Will must stand with the last heroes of the Light to prevent the calamity that destroyed their world from returning to destroy his own.

Classic fantasy with a twist for readers aged 14 and up.

Half My Luck by Samera Kamaleddine

Layla Karimi has been cursed by the evil eye. Well, that’s what Layla’s superstitious grandmother tells her. And Layla reckons it makes sense as she’s sort of Australian and sort of Lebanese: a ‘halfie’ who doesn’t really fit into either world.

And when all hell breaks loose at the first beach party of the summer, Layla finds herself caught between her friends and the Lebanese kids. One group has been wrongfully accused and Layla knows the truth that could help clear them. But will she speak up?

An entertaining and insightful read for ages 13 and up.

Henry Hamlet doesn’t know what he wants after school ends. It’s his last semester of year twelve and all he’s sure of is his uncanny ability to make situations awkward. Luckily, he can always hide behind his enigmatic best friend, Len. They’ve been friends since forever, but where Len is mysterious, Henry is clumsy; where Len is a heart-throb, Henry is a neurotic mess. Somehow it’s always worked.

That is, until Henry falls. Hard. For the last person he imagined.

Suitable for readers aged 14 and up who enjoy romance.

This #LoveOzYA anthology - the first to focus entirely on horror - unites a stellar cast of Australia’s finest YA authors with talented new and emerging voices, including two graphic artists.

The stories in this wide-ranging collection dig deep and go hard. While some are straight-up terrifying rollercoaster rides, others are psychologically rooted in our society’s deepest fears and concerns: acceptance and fitting in, love and loss, desire and temptation.

Suitable for those who like a thrill aged 13 and up.

House of Hollow by Krystal Sutherland

Iris Hollow and her two older sisters, Grey and Viv, are unquestionably strange. Ever since they disappeared on a suburban street in Scotland as children only to return a month a later with no memory of what happened to them, odd, eerie occurrences seem to follow in their wake.

Now, ten years later, seventeen-year-old Iris Hollow is doing all she can to fit in and graduate high school. But when Grey goes missing, leaving behind only bizarre clues, Iris and Vivi are left to trace her last few days. They aren’t the only ones looking for her.

A spooky thriller for readers aged 13 and up.

When Days Tilt by Karen Ginnane

It’s 1858, and there are two queens on the throne. Victoria reigns over London, the biggest city the world has ever known. But London has a secret shadow city, called Donlon, where another queen, the Green Witch, rules her own domain - time.

Ava, a fourteen-year-old Londoner, feels trapped by the limited life of a young Victorian woman and by her watchmaking apprenticeship with her father. Her predictable world is turned upside down when she discovers that the body in her mother’s grave is not her mother, but a stranger. When Ava goes in search of her real mother and her true identity, she is thrust into the dark world of Donlon and must fight a battle to save those she loves and the future of both worlds …

Fascinating fantasy for readers aged 11 and up.

The Boy From the Mish by Gary Lonesborough

Please note, stock of this title is limited and orders may be subject to delay.

It’s a hot summer, and life’s going all right for Jackson and his family on the Mish. It’s almost Christmas, school’s out, and he’s hanging with his mates, teasing the visiting tourists, avoiding the racist boys in town. Just like every year, Jackson’s Aunty and annoying little cousins visit from the city - but this time a mysterious boy with a troubled past comes with them…

As their friendship evolves, Jackson must confront the changing shapes of his relationships with his friends, family and community A compelling novel about first love, identity, and the superpower of self-belief.

Zoe Kelly is starting a new phase of her life. High school was a mess of bullying and autistic masking that left her burnt out and shut down. Now, with an internship at an online media company-the first step on the road to her dream writing career-she is ready to reinvent herself.

A funny and heart-warming autistic story about deciphering the confusing signals of attraction and navigating a path to love. 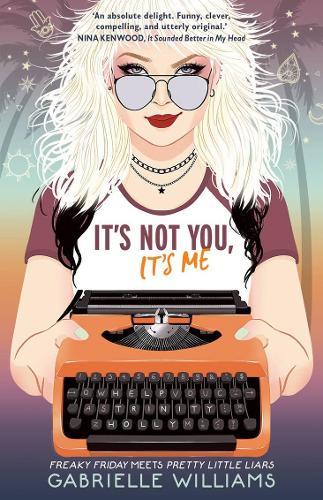 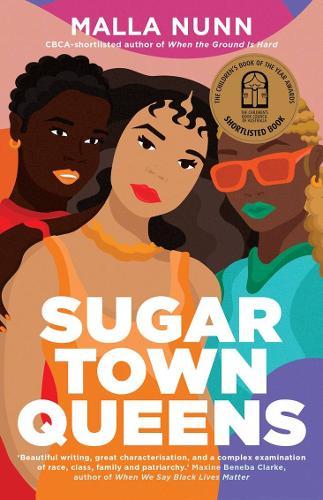 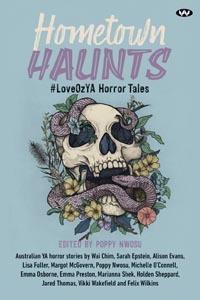