Compulsive one-sit reads to devour on your lunchbreak

With more and more people working from home, the concept of a lunchbreak remains as important as ever and what better way to spend your time than inside someone else’s head? Here are eight recent releases under 200 pages to enjoy with your toasted sandwich.

Find even more suggestions for short novels by browsing the collection below.

When Kim Jiyoung starts exhibiting bizarre behaviours, her husband takes her to a psychiatrist. What follows is a succinct account of Jiyoung’s life in a persistently sexist world, from birth to elementary school, from the office to her days at home caring for a small baby. Riveting, original and uncompromising, Kim Jiyoung, Born 1982 caused a sensation when it was first published in South Korea, selling more than a million copies, and Jiyoung’s story raises questions about endemic misogyny and institutional oppression that are relevant to us all.

On the longest day of the summer, 12 people sit cooped up with their families in a faded Scottish cabin park. The endless rain leaves them with little to do but watch the other residents. One particular family – a mother and daughter without the right clothes or the right manners – starts to draw the attention of the others. Tensions rise and all watch on, unaware of the tragedy that lies ahead as night finally falls. Set over a single day, Summerwater is a searing exploration of our capacity for both kinship and cruelty in these divided times.

Vitória works as a cleaning woman at a museum of art, and nurtures an aspiration to be a writer. She escapes by by marrying a rich man, but having gained a husband, a house, high society and a maid, she finds that her new life of privilege is no less constrained. Not only has she taken up different forms of time-consuming labour – social and erotic – but she is now, however passively, forcing other women to clean up after her. Perhaps a more drastic solution is necessary? Indelicacy is at once a ghost story without a ghost, a fable without a moral and a matter-of-fact investigation into the barriers faced by women in both life and literature.

In the midpoint of her life, an unnamed woman visits a series of hotel rooms. They are in Avignon, Prague, Oslo, Auckland, Austin — but they could be anywhere: each resembles the last, as all hotel rooms resemble one another. And in each of these spaces, nothing happens; though something may have happened, or be about to happen. And always it involves a man - on the other side of a bedroom wall; waiting in the hallway behind the peephole; locked in a bathroom, the shower running. Strange Hotel is Eimear McBride at her best.

On a hot day in late June, a sixteen-year-old girl kneels outside a convent, then falls on her face. When the nuns take her in, they name her Dolores. As the girl adjusts to the rhythm of her new life – and relieves memories of her life before – a baby is growing inside her. Enigmatic and visceral, Dolores is the first work of fiction from Australian Lauren Aimee Curtis and as one of the six books shortlisted for this year’s Readings Prize for New Australian Fiction, comes highly recommended.

A young French Korean woman works as a receptionist in a tired guesthouse in Sokcho, a tourist town on the border between South and North Korea. One evening, an unexpected guest arrives, a French cartoonist determined to find inspiration in this desolate landscape. As she begins accompanying him on his trips to discover his idea of an authentic Korea, the two of them begin an uneasy relationship filled with suspended misunderstandings and punctuated by spilled ink. The winner of the Prix Robert Walser, Winter in Sokcho is a novel about shared identities and divided selves, vision and blindness, intimacy and alienation.

Twenty-four-year-old receptionist Megan may have her whole life ahead of her, but it already feels like a dead end, thanks to her resentment of the success and happiness of everyone around her. But no one stokes Megan’s bitterness quite like her coworker, Jillian, a thirty-five-year-old single mother whose chirpy positivity obscures her mounting struggles. Jillian is a brutally funny portrait of two women each more like the other than they would care to admit.

Kim Ayami works at Seoul’s only audio theatre for the blind – or she used to. The theatre is now shutting down and Ayami’s future is uncertain. At the end of her final shift, she walks the streets of the city with her former boss late into the night in search of a missing friend. The following day, at the request of that same friend, Ayami acts as a guide for a detective novelist visiting from abroad. Untold Night and Day is a high-wire feat of storytelling that blurs the edges of reality. 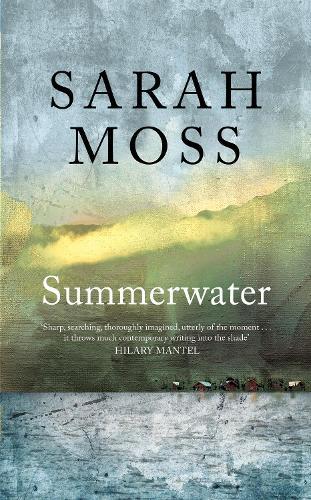