Fifty years ago is ancient history to contemporary kids – but luckily there’s a plethora of children’s books bringing to life the wonder and awe of 1969’s Apollo 11 Moon mission and the moment Neil Armstrong took that first step.

Here are some of our favourites.

If your baby is showing early signs of a future career in space exploration, you may like to hand them this delightful lift-the-flap board book. Featuring factual peekaboos with an astronaut, an engineer and Laika the dog, and a not-so-factual meeting with an alien, this is a colourful space introduction suitable for all babies. For ages 0 and up.

Set in Parkes, NSW (sight of ‘The Dish’, one of the several radio antennae used to receive live images of the Apollo 11 moon landing) this delightful picture book follow the creative antics and imaginative play of three space-mad Aussie kids. Billy makes models of the Saturn V rocket and lunar module, and ropes in his sister and brother Mickey and Buzz to create space suits out of foil, rearrange the household furniture and engage in extended dramatic play-acting sessions, imagining what it would be like to moonwalk in zero gravity. When the big day finally arrives Billy is ready to sit down and watch the astronauts.

Facts and information about the real-life people involved in the moon landing are woven into the narrative. For ages 3 and up.

Based on author Phil Cummings’s childhood recollection of the moon landing, this is a sweet picture book about an eleven-year-old Australian boy waiting for humans to land on the moon. He sits patiently in front of the family TV but when snow starts falling outside, an awe-inspiring rarity in northern South Australia, he has to go outside and play in the snow. Called back inside by his mum, the boy watches Neil Armstrong step down and bounce around on the moon, and then races back inside to meet his friends, revelling in the joy of nature and human achievement.

This is the perfect book for kids who aren’t interested in the science and nitty-gritty of space exploration, but do love a good story about the big moments of childhood. For ages 3 and up.

You won’t find a more beautiful and far-ranging book about the moon than this illustrated, full-colour gem that covers astronomy, myth, history, poetry and art. The space race, the moon missions, and Earth’s physical relationship to the moon are explored, but so are moon-based festivals, different celestial calendars, fairy and folk tales, urban myths, and animal behaviour.

This is an eye-opening and inspirational read for STEM-focused kids, dreamy artistic kids, and everyone in between! For ages 9 and up.

Rocket to the Moon! by Don Brown

Starting in 1913 with daredevil rocket rider Rodman Law as a narrator, this engaging graphic novel is a narrative history of everything leading up to the moon landing. Rocket to the Moon! travels from Jules Verne’s 1865 novel From the Earth to the Moon, through early rocket scientists such as Robert Goddard and Hermann Oberth to the height of the Soviet-US space race, fated mission Apollo 1, a detailed account of the Apollo 11 mission, and beyond.

With a detailed timeline and fantastic bibliography and index this is the perfect introduction to rocket and space flight history. For ages 9 and up.

When We Walked on the Moon by David Long & Sam Kalda

This highly illustrated and well-written book gives fascinating blow-by-blow accounts of the Apollo moon missions, starting with the famous Apollo 11 mission and continuing on to the final mission, Apollo 17. Full of details about space rockets and other spacecraft and vehicles, the logistics of being in space (eating, sleeping and going the toilet!), the experience of being in zero gravity, life-threatening problems that arose and how they were solved, the scientific experiments and research undertaken, the costs of space exploration and much, much more, this is a must for any budding astronaut.

When We Walked on the Moon makes for gripping reading, and ends with some thoughts about the next frontier of Mars. In the back there are detailed biographies of every Apollo crew member, a glossary and a timeline. For ages 9 and up.

For those adults fascinated by space travel, check out our post for adult books here. 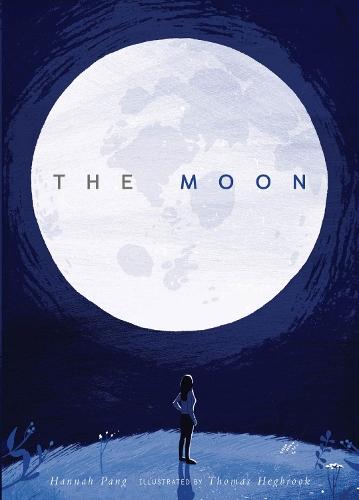