When We Fell Apart by Soon Wiley

When We Fell Apart is a beautifully written mystery, character study and examination of both American and Korean culture. Min, a man in his late twenties, is visited by a detective who tells him Yu-jin, his girlfriend, is dead. Min works for Samsung in Korea and has come to Seoul for his job and to connect with his Korean heritage. Born in California to a white father and a Korean mother, Min experienced racism growing up despite trying to fit the ‘all-American mould’ like his father. However, in Seoul he is easily identified as American, with people complimenting his height and the shape of his nose. Ironically, his role in the workplace is to teach colleagues American customs, colloquial language and business etiquette.

In alternate chapters, Yu-jin’s story unfolds. The daughter of a high-ranking government official, she excels in high school, and gains entrance to a prestigious women’s college in Seoul. Her future is outlined by her parents and as a high school student, she doesn’t question them. She ticks all the boxes and refers to her future as ‘our plan’.

When Yu-jin arrives at college, she is shocked by her outspoken roommate. Sora studies dance, something Yu-jin can’t believe is even possible. Gradually Yu-jin discovers there is more to life than ‘the plan’, exploring the city, her sexuality and her rigid ideas about learning. She meets Min in this process.

As Soon Wiley’s debut novel hurtles toward the truth of Yu-jin’s death, what unfolds is a complex and compelling story that manages to be both a page-turner and an exploration of identity. Though some have compared Wiley’s debut to the work of Celeste Ng, I found it resembled Ng’s first book, Everything I Never Told You, more than her better known Little Fires Everywhere. When We Fell Apart is a must for book clubs, posing questions about culture, families, how well we can know another person, and the emotional cost of keeping secrets.

Annie Condon is from Readings Hawthorn 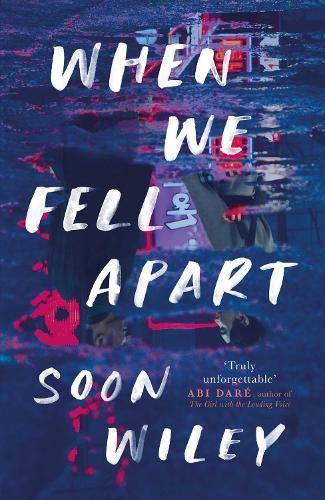 When We Fell Apart