It’s tempting to search for parallels between John Darnielle’s music (he’s singer-songwriter for The Mountain Goats) and his fiction. Universal Harvester, his highly anticipated second novel, follows the critically acclaimed bestseller Wolf in White Van. And like his music, it features visions of rural isolation and religious cults. Yet this remarkable psychological thriller defies easy categorisation. As original as it is ambitious, Universal Harvester starts as a suspenseful thriller, then evolves into a compelling, unsettling study of family and loss.

It’s a novel in four linked parts, beginning in Nevada, Iowa (‘the 26th best small town in America’) at the end of the 1990s. Someone is splicing eerie home footage into the videocassettes rented from Video Hut: cryptic black-and-white videos of empty barns, accompanied by heavy breathing, people with canvas bags over their heads, standing or sitting or shuffling around with unclear purpose. Twenty-two-year-old Video Hut employee Jeremy is reluctantly pulled into the obsessive search for the source of the footage. If Universal Harvester had been confined to untangling this mystery, it could be a perfectly engaging thriller. Instead, Darnielle takes a long pause from the video mystery to delve into a nuanced, affecting multigenerational narrative of religious obsession and its shattering consequences, enriching the novel.

To say too much would risk ruining the mesmerising, often creepy experience of reading Universal Harvester, though it’s far less about what the reader knows than about what it’s impossible to ever know. Darnielle displays an extraordinarily inventive control of language. His prose is masterful – menacing in parts, graceful and empathetic in others – and surprising. Early on, the third-person narration is interrupted by an unexplained first-person voice, spliced into the prose like the black-and-white snippets found on Video Hut’s tapes.

Universal Harvester is an intricate puzzle of a novel about grief and humanity. To sift through the pieces is a wonderfully strange and moving reading experience. 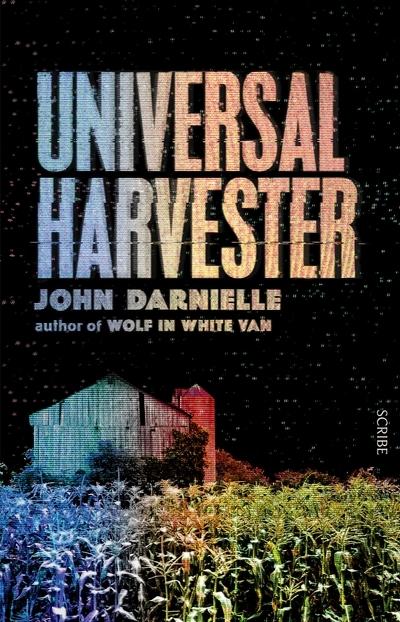