The Sentence by Louise Erdrich

When I picked up a review copy of Louise Erdrich’s book about a bookseller who is haunted by a particularly annoying customer after she passes, I thought: ‘Fantastic! Finally, a lighthearted, cathartic read for my lockdown-tortured brain, and a break from the endlessly ringing phones in the shop.’

What I didn’t expect was to be thrust into our protagonist Tookie’s literal and suffocating prison cell (a double entendre of the title) for the roundabout origin story of her conversion to words, and to bookselling. Thankfully though, Tookie’s memories of her incarceration only form part of the novel, and catharsis and lightheartedness still abound – there’s even a delicious dig at those ringing phones.

Tookie fictionally works at Erdrich’s very own nonfictional bookshop, Birchbark Books, in Minneapolis. Over the course of 12 months spanning 2019 and 2020, we’re confronted not only with the infuriating ghost of a deceased customer, but also with the horrific reality of an epidemic running unchecked in a nation under Trump, and the George Floyd protests at the characters’ doorstep. Beautifully fleshed out, Erdrich’s characters are painted on an all-too-real backdrop of culture clash, race politics and the apocalyptic unravelling of the world as we knew it before Covid-19.

Despite, and maybe because of these trials, not to mention the macabre-yet-brilliant bullshit artistry that landed her in jail, Tookie possesses a delightfully wry, frank wit that makes each passing ‘day in the life’ achingly relatable, tenderly comical and compulsively readable. We also see Tookie’s warm, steady-yet-fraught marriage to the cop that caught her, and an uncertain lurch into unconventional motherhood.

With The Sentence, Erdrich sticks to her intoxicating blend of reality meets storytelling, educating us while we chuckle along with an in-joke. Though some of its terrors are real, this modern classic is a warmly lit bookshop, inviting you in for a while, out of the bleakness. 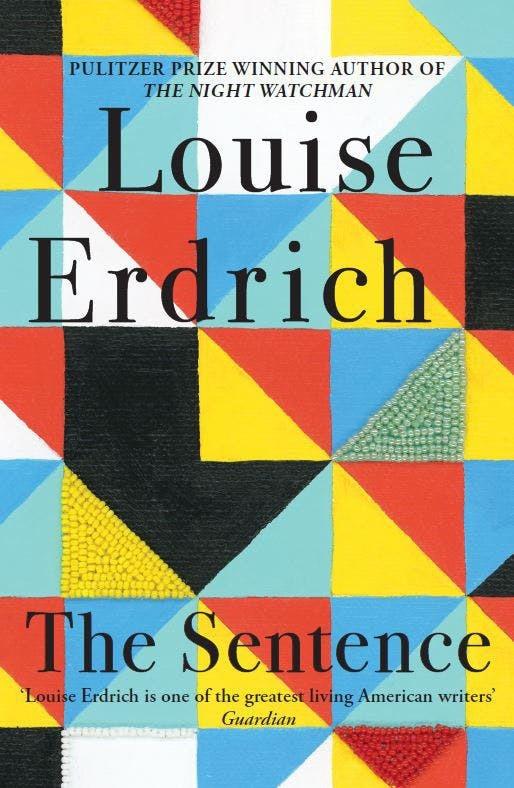