The Others by Mark Brandi

‘Sometimes, you have to do the most terrible things. Sometimes, you just have to.’ With this single line the tone is firmly established for The Others, Mark Brandi’s highly anticipated new novel. Narrated by Jacob, through means of a diary gifted to him by his father on his eleventh birthday, The Others is set on a remote, decrepit Australian farm struggling under crippling drought conditions and isolated in a post-pandemic world. Jacob has only his father and the sheep for company. His mother is buried on the property; she died under mysterious circumstances. Her presence flits through the story as tenuous and unreliable memories. His father assures Jacob he is keeping them safe from the world. His father keeps them alive. By any means necessary. But Jacob’s growing awareness that his father may not be telling him the whole truth compels him to break the rules and venture beyond the boundary where he learns that the truth is far more heinous than he could have ever imagined.

When Brandi entered the Australian literary fiction scene in 2018 with his unforgettable debut Wimmera, it was immediately clear he was a writer with an extraordinary talent. It is no easy task to snare a reader within a mere few sentences and then hold them, eyes glued to the page, shoulders increasingly tensed, as a near-exquisite sense of dread urges the reader onward to the final page where one can only hope for a sense of relief – and yet this is exactly what Brandi does so well. Reading his novels is a physical experience.

Subtle, atmospheric and devastating, The Others crackles with consternation. This dark, disturbing new novel further cements Brandi as one of Australia’s consummate writers for both fans of literary fiction and literary crime fiction.

Tye Cattanach is a bookseller at Readings Carlton. 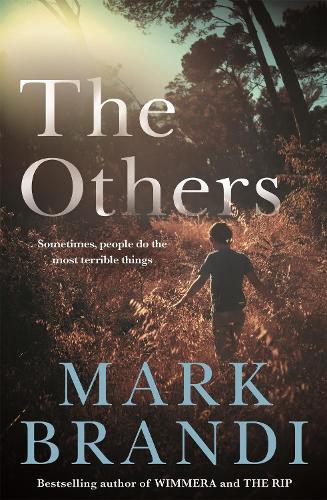