The Nickel Boys by Colson Whitehead

Colson Whitehead’s first novel since his Pulitzer prize-winning The Underground Railroad, The Nickel Boys is historical fiction. Whitehead based the setting on the Dozier School for Boys and drew on interviews with former students to write this novel. Whitehead tells their story with precision and rigour, foregoing the use of any of the surreal flourishes he employed in The Underground Railroad. The Nickel Boys reads like a novel written in the time in which the story is set: a classic novel of the 1960s. The crimes committed by the teachers against their wards are told straight; Whitehead lays out these unthinkable tragedies for the reader to see plainly.

Elwood Curtis is an African American boy trying to make his way in Jim Crow-era Florida. His parents have left him in the care of his grandmother, and despite the many hardships Elwood has faced, he works hard at his schooling, determined to rise above. Aided by a keen intellect and inspired by the teachings of Martin Luther King, Elwood is on the verge of doing the unthinkable: going to college on a scholarship. But through some bad luck, a prejudicial legal system and a miscarriage of justice, Elwood finds himself shipped off to reform school, The Nickel Academy, and his life’s trajectory is irrevocably altered.

Whitehead illuminates the systematic persecution the African American population faced in Jim Crow South, and the persistent negation of their right to a safe and free existence. This can be a hard book to read, but it is absolutely necessary. And given the strange turn the USA is taking, timely. It’s also a story of indomitable spirit, sacrifice and the surprising friendships that bloom under the thumb of tyranny. 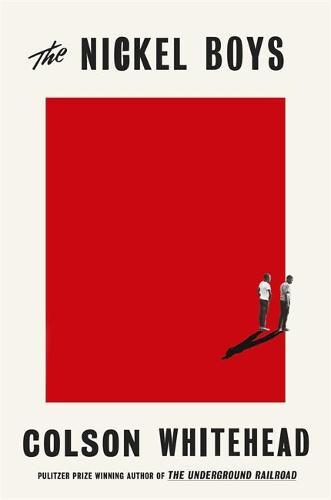