Mohsin Hamid is known for writing short novels with a big impact. The Reluctant Fundamentalist provided readers with a sympathetic Islamic fundamentalist in the wake of September 11. Exit West used magic realism and a love story to explore the refugee crisis. This latest novel, similarly, pulls no punches.

The Last White Man opens with one of the most scintillating lines to grace a first page this year: ‘One morning Anders, a white man, woke up to find he had turned a deep and undeniable brown.’ In a panic, Anders turns to Oona, his on-again, off-again lover, for comfort and support and both characters are forced to reckon with what whiteness, and loss of whiteness, means.

Although Anders may be the first to turn, he isn’t the last. In a turn of events worthy of José Saramago, slowly every white person in the unnamed (although presumably Scandinavian and, therefore, presumably majority Caucasian) city turns brown, leading to crises of identity, vigilante white supremacy and even suicide. The novel explores white anxiety – the anxiety of feeling ‘threatened’ by the loss of privilege and a majority position. The Last White Man also tackles what Hamid has referred to as ‘violently nostalgic visions’ that prevent our ability to imagine new futures. Individuals, along with society, must reconcile who they were with who they are now and who they want to be in the future – a philosophical, sociological, and political question that is prompted by a physiological change. Who are you if you’re no longer white?

This is a lot to pack into just under 200 pages but, as mentioned above, Hamid is an old hand at challenging his readers’ world view in a one-sitting read. Hamid has already been twice shortlisted for the Booker Prize; this may very well be the book that gives him his hattrick – and perhaps a win. 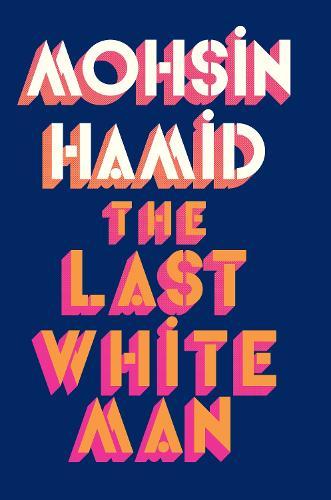 The Last White Man: From the Booker-shortlisted author of Exit West