The Committed by Viet Thanh Nguyen

Viet Thanh Nguyen won the Pulitzer Prize in 2016 for his novel The Sympathizer and the titular character of that book returns here in The Committed. This time the Sympathizer has surfaced in Paris in the eighties as a refugee, staying with an ‘aunt’ who has completely assimilated into left-wing French bourgeois society. His aunt entertains a series of leftist lovers ranging from a corrupt socialist politician to a Maoist academic, and their predilection for good quality drugs provides an opportunity for the Sympathizer. His new employer, The Boss, is an old acquaintance from Vietnam and runs a crime empire out of the worst Asian restaurant in Paris. The Boss backs his scheme to provide hashish to French intellectuals, but in doing so he steps on the toes of the French Arab gangs. These interactions give The Sympathizer an opportunity to reflect on the shared experiences of the colonised, particularly through the works of French West Indian philosopher Frantz Fanon – and through a beating at the hands of the gang members.

Some of the most interesting bits of the novel are in these ruminations about the relationship between colonised and colonisers. It also ties into The Sympathizer’s own dual nationality of being half French, half Vietnamese. After all, he reflects, the relationship that produced him is the very epitome of colonisation: his father was a French priest who disowned both him and his poor Vietnamese mother, yet part of him wants to be French, to be like his oppressors.

A complex exploration of capitalism, colonisation and identity, this book is often hilarious, always stimulating and often brilliant. 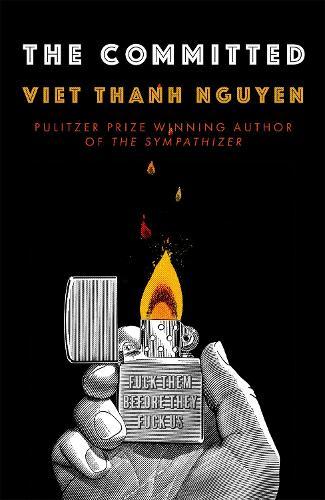