The Blazing World by Siri Hustvedt

To put it plainly, The Blazing World lives up to its title and burns the page away. Siri Hustvedt’s new novel is an art-world satire with a genuine emotional resonance and sense of longing, eluding similar novels that strike off a shot at the grotesquerie of the occasionally vainglorious art industry (think, for example, of the messianic artist in Houellebecq’s The Possibility of an Island). The art world is, to say the least, low-hanging fruit.

The Blazing World is a biographical account of fictional New York artist Harriet Burden, mostly referred to as Harry, compiled by editor I.V. Hess as a collection of articles, essays and extracts from the artist’s labyrinthine diary. Harry came up in the art scene of the 1970s but withdrew by the 80s partly because she had been unjustly overlooked in favour of lesser male colleagues. In the 90s, the artist began to create a series of works that encapsulated the rejection she experienced in her early career – three installation works each with a different male ‘mask’ as a front, to ‘not only expose the antifemale bias of the art world, but to uncover the complex workings of human perception and how unconscious ideas about gender, race and celebrity influence a viewer’s understanding of a work of art’, as Hess explains it.

The searing works, which are brilliantly depicted in overlapping descriptions, outgrow the brief and become complex tangles of Harry and the other artists’ personas, ‘hermaphroditic’ melds that echo up to the surface, reverberating the fictional doubles of a fictional artist in a staged biography. The chameleonic shifts between the voices of Harry, her partner, children and friends that Hustvedt achieves are astonishing, but it is the ear for subtleties of tone and uncanny resemblance to art historians and journalists that give chills.

Matthew Benjamin works as a bookseller at Readings St Kilda. 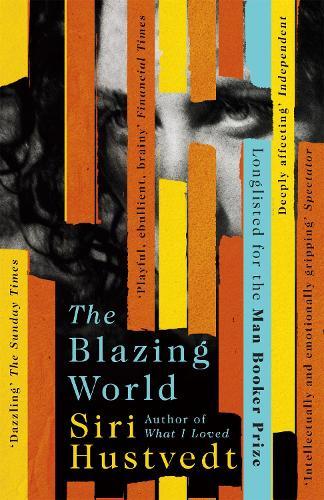