The Beach Caves by Trevor Shearston

Annette Cooley and Sue Klima met in their first prehistory tutorial. Quickly realising they were as ambitious as each other, they chose friendship over competition. Now it’s 1970 and the pair are in their final year with promising careers ahead of them. Annette’s thesis supervisor Professor Aled Wray has called for volunteers at a new archaeological site on the New South Wales south coast. Annette and Sue are keen to be involved firsthand in this exciting and significant discovery which may prove that local First Nations people were less nomadic than previously believed.

Later that year, Wray and his wife return from the coast after finding a cave they believe will link the two sites and solidify the hypotheses. At this new site Annette develops feelings for an engineering student, Brian, and their tentative friendship results in Annette being the one Brian turns to when he notices features that point to further archaeological discoveries. Tensions and secrecy on camp are already high due to the importance of the work, when one of the party goes missing.

The Beach Caves is a fascinating book that left me eager to find out what happened next; whether this be what’s uncovered on site, the exploration of the friendship between the two young women, the politics of the personal and academic relationship between the husband-and-wife pair leading the digs, or Annette’s growing feelings for Brian and her reluctance to explore them. With so many threads already, the arrival of the mystery in the book’s second half was a slight shock. When it does arrive, it explores the decades-long consequences of decisions made on those sites. Shearston wrangles these threads into a satisfying conclusion, though it’s not tidy on all fronts, and I was left thinking how I would have responded to the situations Annette found herself in at this early stage in her life and career. 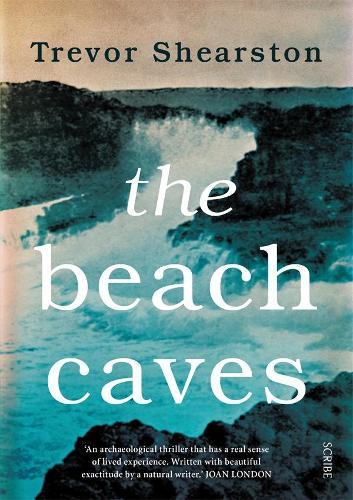