Skandar and the Unicorn Thief by A.F. Steadman

‘Unicorns don’t belong in fairy tales, they belong in nightmares.’

They also need to be hatched. They can then only be tamed by the human who hatches them. Skandar has waited his whole life to take the hatchery exam and become a unicorn rider. The pressure to succeed is even greater after his sister, Kenna, the most promising student of her year, failed the exam. But when the mysterious Weaver steals the most powerful unicorn in existence, things get pretty hectic, very fast.

Fans of Percy Jackson and Jane Doe are going to adore the first book in this brilliant new series by A. F. Steadman. It is a highly cinematic, compelling and enthralling read, without doubt the best new start to a series I’ve read since Amari and the Night Brothers by B. B. Alston. It has absolutely everything one could want from a reading experience. It is incredibly fast-paced, and packed full of adventure, elemental magic, epic battles, ancient secrets galore and savage, bloodthirsty, unicorns. Not to mention moments of genuine humour and plenty of heart to spare. A. F. Steadman has indeed made a spectacular first impression! For ages 11+.

Tye Cattanach is from Readings Kids 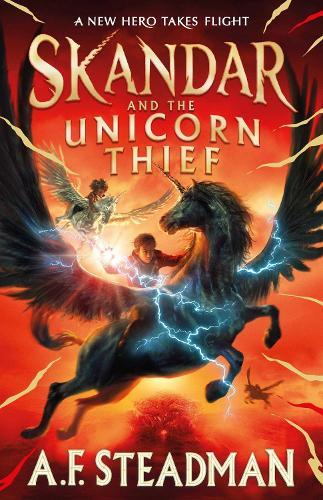