Samurai vs Ninja: The Battle for the Golden Egg by Nick Falk & Tony Flowers

In ancient Japan the ninja and the samurai aren’t exactly getting along. When a contest is announced to see who has the superior skills, both sides vow to try their hardest to win the prize of the famed Golden Egg. But after the ninja steal the Golden Egg, the samurai set their sights on revenge. This book is bound to have kids in hysterics, and as an added bonus it will teach them some facts about ancient Japan. 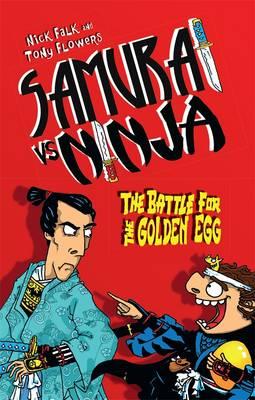