Dani is a high-achieving Filipino American scholarship student at American Prep high school in California. When she’s not practising with the debate team and planning her path to Yale, Dani works as a house cleaner alongside her mother and fellow scholarship student, Ming. Despite their hard work, Dani’s mother still needs to take in a boarder to make ends meet. Enter Claire, a wealthy student from Shanghai, forced to study in the US by her parents after failing to conform to their expectations.

Even though they share a house, the two girls do not immediately become close. Claire quickly finds herself a group of friends among the many ‘parachutes’ – Chinese students flown in on their own to complete their schooling – and a stratospherically rich, but volatile, boyfriend, Jay. Dani tries to stay focused on the debate tournament that could decide her future, but is disheartened by her teammates’ cheating and confused by her debate coach’s behaviour.

Parachutes is a powerful and sobering exposé of the harsh realities of being a young woman. It depicts in excruciating detail the unfair advantages that money can buy, everyday sexism and racism, the difficulties facing isolated international students, corruption within the education system and sexual violence. Author Kelly Yang is best-known for her award- winning middle grade novel Front Desk, and she’s made the transition to young adult fiction with aplomb. When you read the author’s note at the end of this book, you realise that this is a very personal story. It’s a testament to Yang’s skill as a writer, and her passionate belief in the importance of speaking up, that Parachutes communicates the strength of young women banding together, while still delivering a realistic ending. This is a deeply moving novel; I urge you to read it. For ages 15+.

Leanne Hall is a friend of Readings. 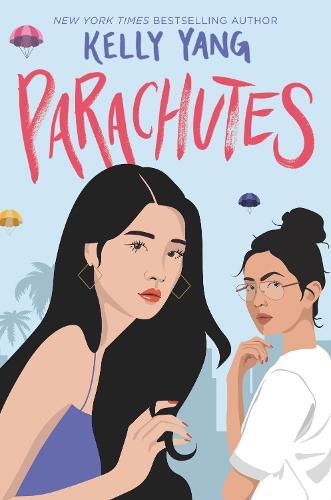