Other Houses by Paddy O’Reilly

Other Houses is a beautifully nuanced book about hardship, family and the impossible decisions some people are faced with, especially when they’re living from one pay cheque to the next.

Lily works as a cleaner in other people’s houses. Her teenage daughter, Jewelee, has been varying levels of tricky/difficult/hostile over her brief 16 years but seems to have finally settled down. Janks is Lily’s new boyfriend, a former drug addict who has a tender and positive influence on the prickly Jewelee. Lily, Janks and Jewelee have moved to a new house, a new suburb and a new school, in the hopes that Jewelee can use her education to achieve a new, better life. But then Janks goes missing, and no-one knows where he’s gone. Or why.

This novel is about the decisions people can be trapped into making: trapped by their own financial situation; trapped by their own stupid decisions; trapped by people who want to use others and take advantage for their own purposes. The parts I most enjoyed were the chapters where Lily is cleaning other people’s houses. There is a wisdom and sense of humour in these parts that acts as a pressure valve, relieving the stress of some of the darker passages about Lily’s family situation. There is a deeper relationship between these empty houses, their absent occupants and the two cleaners who bustle in and leave each place fresher and cleaner, almost psychically cleansed. The dignity of hard work is a salve for Lily, especially as time goes on and the situation with Janks is no closer to being resolved.

This is a book with lots of heart and soul – a powerful reminder of how precarious financial security can be for many people.

Gabrielle Williams is the grants officer for the Readings Foundation. 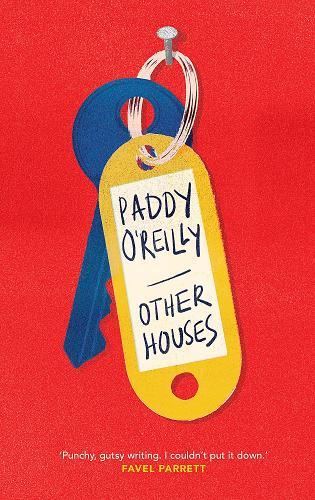