Neil Gaiman is no stranger to Norse mythology. His award-winning novel American Gods features both Odin and Loki as well as the legend of the World Tree, transplanted into the modern world. In Norse Mythology he turns his attention to other denizens of Asgard from the Gods and Goddesses to the Dwarves and Frost Giants.

These creation stories begin with the brutal murder of the giant Ymir – whose blood is the sea, and whose bones make the mountains and cliffs – and finishes with the great battle of Ragnarok. Despite the roughly chronological order of the stories, Norse Mythology bears more resemblance to Gaiman’s clever and polished short stories than it does to his novels. With clear, sparse text – punctuated throughout with his trademark sly humour – Gaiman details half-forgotten Nordic legends: how Thor got his hammer, how Odin lost his eye, and the children of Loki and the role they play in the tides, skies, and landscape of the world. The Norse myths are brutal and bloody and the Gods are more complicated than kind, but there’s humour in these stories as well as romance and adventure.

This is a collection designed to be read aloud; Gaiman captures the cadence and tempo of the oral tradition masterfully, painting vivid images of an ancient world in short, sharp sentences. Norse Mythology is a wonderful read for anyone interested in myths and legends, as well as younger readers who have outgrown fairytales and might be interested in learning the origin stories of some of their favourite Marvel superheroes. 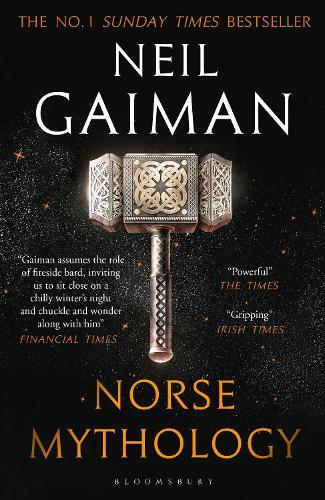