Set in a possible near future, this is a terrifying America featuring segregation, abuses of power and racism. One night, seventeen-year-old Layla and her parents are given ten minutes to pack up their things before they are taken to an internment camp for Muslim Americans. There they are held under guard, along with many others, separated by race and encouraged to police one another. Anyone who complains is forcibly ‘disappeared’. Layla is horrified by how fearful and compliant her parents have become under these unjust conditions. With her friends on the inside and boyfriend campaigning outside, she claims her voice and learns to fight for freedom for her family and the other people in the camp.

Inspired by the American government’s ‘zero tolerance’ border protection program as well as the World War II internment of nearly 120,000 Japanese Americans, this is a highly political novel that has a compelling story with complex characters and strong writing. It comes with an impassioned author’s note for young readers to educate themselves and to engage in active resistance. There are also resources to learn more about Japanese internment in World War II. Highly recommended for budding activists aged 14+. 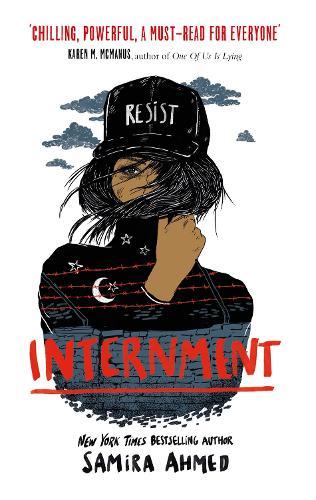