Vern is a dragon. The last one, in fact, and as such he is made up of about twenty per cent misery and bitterness, and eighty per cent sarcasm. He spends his life hiding alone in the Louisiana swamps – addicted to Netflix, vodka and the 1980s film Flashdance. Squib is a good hearted but ‘troubled’ boy who lives with his saint of a momma, Elodie. He does odd jobs to help pay his way and does what he can to avoid the attention of the crooked, psychopathic constable Regent Hooke. Elodie once turned Hooke down in a very public and brutal way and ever since then he has been determined to ‘win’ her over. When Vern’s only friend and connection to the rest of the world takes leave and Squib is chosen as his new replacement, life is set to change forever on the Bayou.

Highfire starts slowly, giving us all plenty of time to get to know (and in Hooke’s case, to get to loathe) each of the characters. The pace builds up when Hooke busts Squib stalking him during a shady deal on the bayou, and it keeps building until it reaches an epic break-neck speed climax worthy of comparison to the finest action movies Hollywood has to offer. The morally reprehensible Hooke as the antagonist was a deliciously hateful character, though I did sometimes feel like I needed a shower after his chapters, and I particularly enjoyed Eoin Colfer’s take on dragon anatomy – which all seemed entirely logical but still had me occasionally snorting with laughter.

Highfire is a fun romp through the swamps; it offers a nice break from all the dark, gritty, very serious fantasy novels that sit on our new release shelves at the moment. I truly hope we get to visit Vern again – or, at the very least, that Eoin Colfer continues to write fantasy for adults. 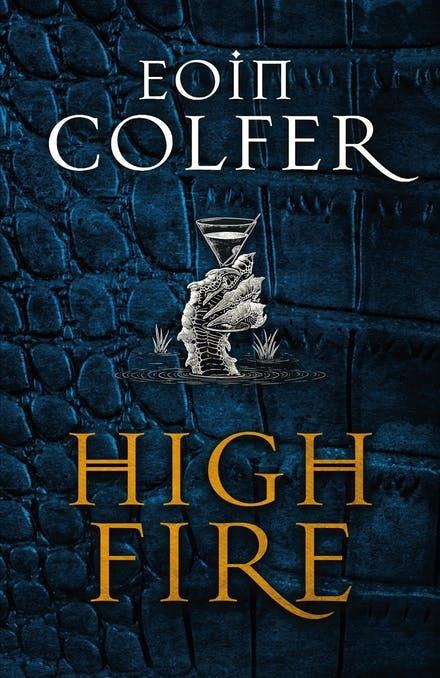